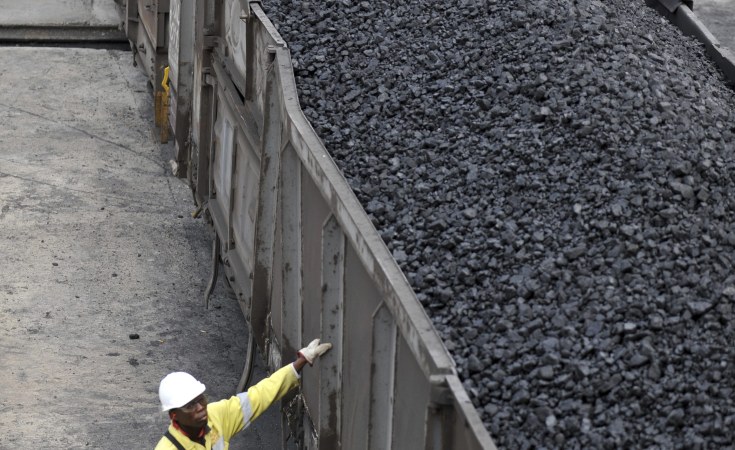 The Intergovernmental Panel on Climate Change has released a special report outlining what would need to be done to keep the world from warming up by more than 1.5°C.

That target level came from deliberations in 2010, with countries around the world setting 1.5 degrees as the preferred limit for warming. In 2015, the Paris Climate Accord settled on 2°C, while leaving the door open that the goal might later be revised on the basis of new evidence.

Countries predicted to be highly vulnerable to climate change, including low-lying island states and many African countries, called for the panel's special report because they insisted that the options for reaching 1.5°C be evaluated, along with the consequences of not doing so.

The climate situation is already worse in southern Africa than in most other regions. While the global average air temperature has risen by nearly 1°C since accurate weather records began a little over a century ago, in southern Africa temperatures have risen on average by twice this amount. This means that southern Africa crossed the 1.5°C warming level some years ago. These trends don't bode well for the future.

Based on what emissions countries have voluntarily agreed to cut under the Paris Accord, the world is heading for an increase of 3°C by the latter half of the century, rather than a 2°C target. For southern Africa this would translate to around 5-6°C in the interior.

Warming of that magnitude would make many aspects of people's lives and countries' economies untenable. Life-threatening heatwaves would become more frequent. The productivity of staple crops such as maize and wheat would be severely impaired. Water resources, already at their limit throughout southern Africa, would be dramatically reduced in both quality and quantity. Dairy and livestock farming would not be viable over much of the subcontinent.

There is no sudden failure when the 1.5°C limit is crossed. But the risks of a whole range of undesirable consequences become progressively greater the further we stray from the climate under which our complex, interdependent world developed.

The problem is that we don't know exactly where the thresholds-of-no-return lie, and probably won't not know until it is too late to avoid crossing them. The sanest response is to stay as close to our comfort range as possible.

Staying below 1.5°C will require urgent, deep and radical changes in almost every aspect of our lives - from what we eat, and how we travel to where we get our power from and how we build our houses. Specifically, the world would need to eat less meat, commute less and mostly using public transport, generate energy from renewable resources and build energy-efficient homes, offices and factories.

There are also a few things that southern Africa can do to try and arrest the region's climate crisis.

Southern African nations must encourage the global community to radically reduce climate change to lower the risks to particularly vulnerable social and ecological systems. Coral reefs are one example.

The panel's report concludes that warming the world by 2°C would lead to the loss of nearly all coral reefs from their current locations. Limiting the warming to 1.5°C would save about 30% of coral reefs. Other examples are the melting of ice caps and the further drying of semi-arid lands.

Renewable energy is another area that needs serious focus. For its part, South Africa needs to take urgent action to reduce its dependency on coal. The country has pursued an aggressive renewable energy drive. But, at the same time, it has built two large, long-lived coal-fired power stations, and is contemplating building more. This is not consistent with the goal of urgent and deep emission reductions.

It seems inevitable that the planet will overshoot the 1.5°C global mark, and probably also the 2°C mark. Cooling the atmosphere later in century would require the removal of up to a trillion tonnes of carbon dioxide. The world doesn't yet have affordable, proven technology to do this at the required scale. The approach that is most commonly punted - mass tree-planting - is a non-starter in most of southern Africa, where the arable land and water resources are needed for food production, and the marginal land is too dry to grow forests.

The challenge for the world is that the effort - and money - required to keep the rise in temperature below 1.5°C is exponentially larger than what would be needed to keep it below 2°C.

The IPCC Special Report estimates the "marginal cost of climate abatement" - that is how much less climate change you get per unit of money you spend - at three to four times higher to stay below 1.5°C globally than it is to stay below 2°C.

Meeting the more stringent target would require spending an unprecedented amount of global financial resources on new energy, transport and urban systems over the next decade. The investment needed to stay within the 2 °C limit is less because it can take greater advantage of the falling price of renewable energy, without retiring existing technologies before they have reached their pay-back date.

Previous Story
Next Story
'Where There Was So Much, There Is So Little' - Comoros Battles Climate Change

'Where There Was So Much, There Is So Little' - Comoros Battles Climate Change