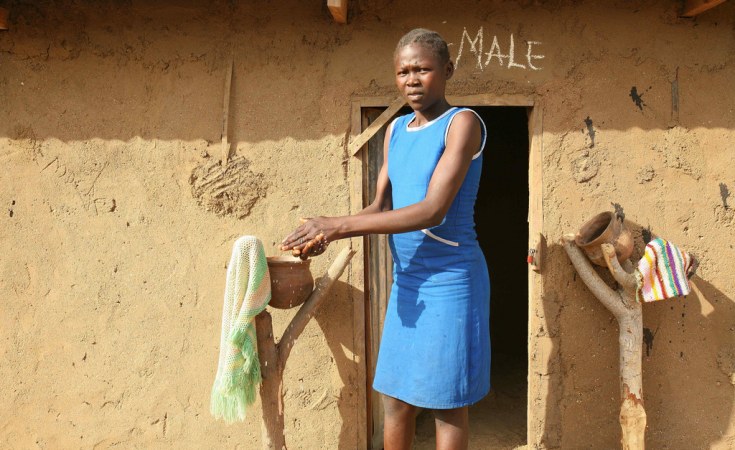 UK Department for International Development
Around 2.5 billion people do not have access to adequate sanitation - close to two-fifths of the global population.
Save the Children UK (London)
press release

Children who had fled their homes because of conflict were four times more likely to wash their hands with soap if it was made fun in an innovative new approach, a pilot study by Save the Children, the London School of Hygiene & Tropical Medicine and humanitarian manufacturing experts Field Ready, has shown[i].

Families in Iraq were given soap with a visible toy embedded in its centre. The more children used the soap, the quicker they reached the toy. The study shows that play may be key to saving lives in emergencies.

Children in the camp were involved in choosing the toys that were used, before they were manufactured locally using 3D printers.

Handwashing is one of the most cost-effective ways of saving lives worldwide. It can reduce rates of pneumonia - the disease that kills more children than any other - by up to 21%[ii] and rates of diarrhoeal diseases like cholera by up to 23%[iii].

Children caught up in emergencies are especially vulnerable to death and illness caused by poor hygiene, as they are forced to flee or shelter in dirty conditions. Diarrhoeal diseases like cholera can cause up to 40% of all deaths in the immediate aftermath of an emergency[vi].

Conflict is currently driving deadly cholera outbreaks in the Democratic Republic of Congo and Yemen, where there have been more than one million suspected cases[vii].

Yet humanitarians have long found that providing soap along with health and hygiene information has only limited impact.

A study of refugees in South Sudan found that while 97% of families had soap and 85% of women had heard health messaging, less than 50% of people in the camps washed their hands regularly.[viii]

Save the Children partnered with scientists from the London School of Hygiene and Tropical Medicine to find a better way to increase rates of handwashing in emergencies.

Claudio Deola, Save the Children's Senior Humanitarian Water, Sanitation and Hygiene Advisor is part of the team that thought up the concept. Claudio said:

"We have known for a long time that in the midst of the conflict and displacement the simple act of handwashing saves lives. But in the chaotic aftermath of fighting or a natural disaster, we see time and again that providing soap and information is only part of the picture. We needed to think creatively."

"I could see straight away that the children were excited about the toy soaps. The results were very promising and show the value of using innovative design as a tool for behaviour change. If we can successfully scale up this intervention it has the potential to have a huge health impact in emergencies - and ultimately to save lives."

The pilot took place at a camp in Northern Iraq, home to Yazidi families who fled ISIS's campaign of brutal violence when it reached their homes in 2014.

For the pilot study, children in forty households in the camp were given the Surprise Soaps delivered along with short, fun and interactive household sessions that didn't involve talking about health.

Children in forty households in the control group were given normal soap and sessions explaining the health benefits of handwashing and good hygiene, mirroring the approach often taken in emergencies around the world.

Four weeks later, the study found that children who received the 'Surprise Soap' intervention were four times more likely to wash their hands with soap at crucial moments, such as before eating or after using the toilet, than if they had not received the intervention, based on a comparison to the control group.

Claudio added: "Not only were children four times more likely to wash their hands, but the pilot achieved this without the need for labour-intensive hygiene-promotion. This is so important when you need to be quick and are short of resources in the critical first phase of an emergency response."

The project was underpinned by the 'Evo-Eco' theory which suggests that all human behaviour is driven by fifteen innate motives, including 'hunger' and 'disgust' - as well as the 'play' and 'curiosity' used by the Surprise Soaps intervention. These motives have developed because they help people achieve goals important to evolution, such as finding food[ix]. This is the first time a motive-based handwashing approach has been tried for children in an emergency.

The study provides evidence that this rapidly deployable intervention may have the potential to be rolled out as standard in emergencies worldwide.

To ensure the toys were appealing and culturally appropriate, Field Ready - an organisation that specialises in rapid manufacturing for emergency response - involved the children in the design process.

Yazidi children helped choose the toys as well as the colour, shape, and smell of the soaps. Three 3D printers were used to manufacture the soaps, including one assembled by a local businessman in Dohuk after he had ordered it online.

Save the Children and the London School of Hygiene and Tropical Medicine are seeking funding to further test the Surprise Soaps intervention in different, more challenging humanitarian contexts and to assess the long term behavioural and health impacts.

Read the original article on savethechildren_uk.

Half the World's Schools Lack Clean Water, Toilets and Handwashing 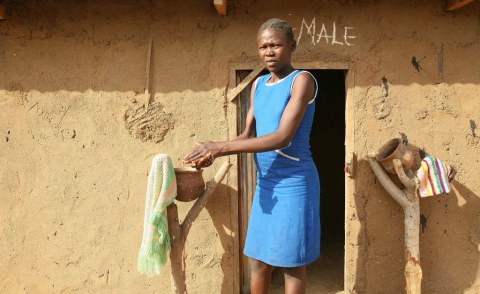 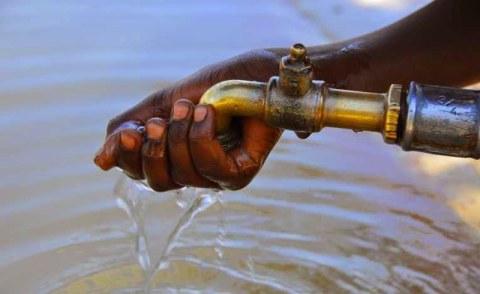 Why Nigerians Need to Pay More Attention to Personal Hygiene
Tagged:
Copyright © 2018 Save the Children UK. All rights reserved. Distributed by AllAfrica Global Media (allAfrica.com). To contact the copyright holder directly for corrections — or for permission to republish or make other authorized use of this material, click here.