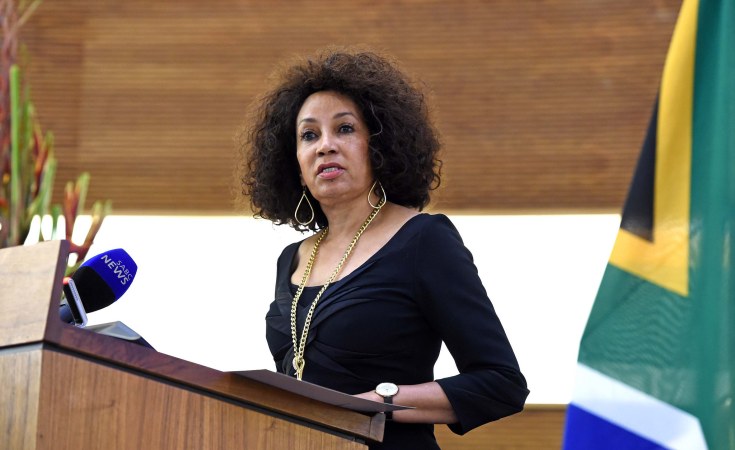 South Africa stands ready to assist Zimbabwe so that the reforms it is implementing to turn around the economy succeed, South Africa's International Relations and Co-operation Minister Lindiwe Sisulu has said.

Zimbabwe is implementing a new economic blueprint, the Transitional Stabilisation Programme, to turnaround its economic fortunes.

The blueprint runs from this month to December 2020.

President Mnangagwa has also announced a vision to turn Zimbabwe into a middle-income economy by 2030.

"As and when Zimbabwe requests our support in anything, we will be able to provide them with that support, fully. We wish the people of Zimbabwe well. It's a country that we regard as a friend, and we would like some stability there. We would like the economic reforms that have been put in place to succeed there," said Minister Sisulu.

South Africa, she added, would not impose itself on Zimbabwe, but would assist if requested to do so.

"At any time they need our assistance, they are able to request our assistance. We would not be able to go to Zimbabwe and say here is a bag of whatever and you will have it. I think international relations depends on reciprocity," Minister Sisulu said.

Over 169 000 Zimbabweans are set to benefit from South Africa's Zimbabwe Exemption Permits allowing them to stay in the neighbouring country up to 2021.

Upon his assumption of Office as the Head of State and Government in November last year, President Mnangagwa's first foreign visit was to South Africa.

He met President Cyril Ramaphosa and former president Jacob Zuma as a way of deepening economic ties between Harare and Pretoria.

President Mnangagwa used the same visit to meet Zimbabweans based in South Africa and apprise them of business opportunities presented by the new dispensation.

On the eve of the July 30 elections, President Mnangagwa travelled to South Africa for the second time to attend the BRICS Summit.

On the sidelines of that summit, he held bilateral talks with President Ramaphosa in a show of close ties between the two countries.-- Bulawayo Bureau-Herald Reporter.

Govt Says Worst of its Economic Woes is Over