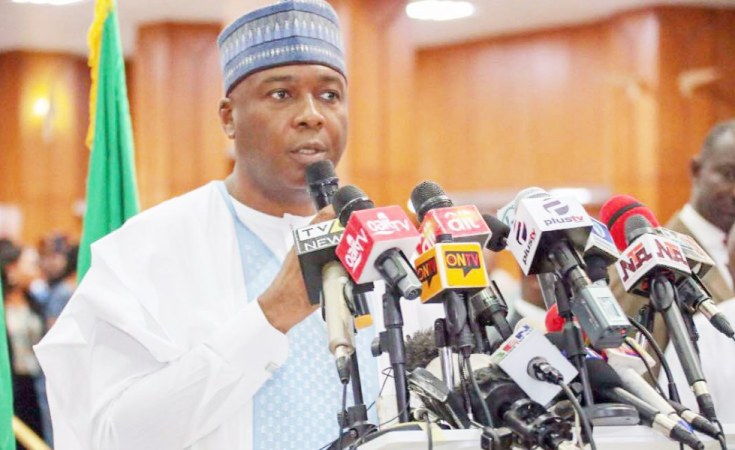 Senate President, Dr, Bukola Saraki has been named the Director-General of the campaign of the Presidential candidate of the Peoples Democratic Party (PDP) Alhaji Atiku Abubakar.

In a confirmation to THISDAY, the National Publicity Secretary of the party, Kola Ologbondiyan, also said that the Sokoto and Rivers states Governors, Aminu Tambuwal and Nyesom Wike have been also named as zonal coordinators for North-West and South-South respectively.

Immediate past Governor of Ekiti state, Ayo Fayose was named as the coordinator for South-west.

He also said that others campaign officials would be announced in due course.

Nigeria PDP Nominates Former VP Atiku to Challenge Buhari
Tagged:
Copyright © 2018 Vanguard. All rights reserved. Distributed by AllAfrica Global Media (allAfrica.com). To contact the copyright holder directly for corrections — or for permission to republish or make other authorized use of this material, click here.