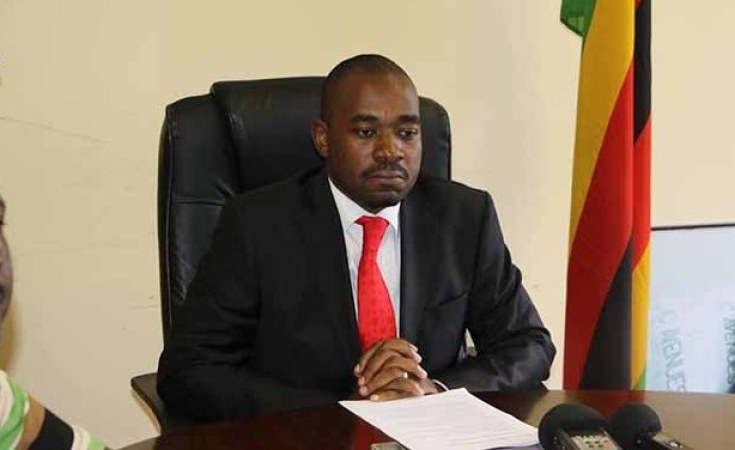 Before the announcement of the Presidential election results, by the Zimbabwe Electoral Commission (ZEC), the MDC Alliance believed in their own propaganda and lies by declaring to anyone who could give them an ear that their Presidential candidate had won the elections.

Adding to that, the Alliance principals had already threatened violence during their pre-election campaign in the event that the election results did not favour their candidate.

However, the Concourt dismissed Chamisa's application arguing it lacked the evidence necessary to prove that he was the winner. In simpler terms, Chamisa's "evidence" did not hold water.

In its election report, the EU also acknowledged this fundamental truth when it wrote: "While ZEC's poor management of the results may have opened up the process to a degree of legal jeopardy; the case brought by Chamisa did not adequately prove the case for a substantial change of result."

Chamisa's legal counsel failed to provide the primary evidence in the form of V11 forms to prove beyond reasonable doubt that the elections had been rigged. Therefore, claims by the MDC Alliance leader that the election was rigged, citing that the environment was uneven, are just rantings of a sore loser.

In their report, the EU EOM stated that: "Zanu-PF dominated all forms of campaigning across the country. Leaders of the MDC Alliance and MDC-T admitted that they did not have funding to run the campaign or to deploy polling agents everywhere on election day."

It was evident the MDC Alliance was financially hamstrung leading to a poor campaign strategy that mainly focused in urban and peri-urban areas. How could Chamisa expect to win the election if he did not campaign adequately? On the other hand, Zanu-PF was visible on the ground in every constituency marketing their candidates.

Although Chamisa received $1,8 million under the Political Parties Finance Act, it's evident from the poor campaign that the money was diverted for personal use. Instead of funding the elections, Chamisa is reported to have pocketed upwards of $300 000, bought himself a top of the range vehicle, whilst a handful was given to the Morgan Tsvangirai family and the rest is unaccounted for.

It was evident from the start that the Alliance leader also contributed to his demise. For instance, Chamisa's controversial ascendance to power when he became leader of MDC Alliance, made him a more divisive person instead of being a unifier.

As party leader, Chamisa caused a number of divisions in his political outfit. These divisions led to a lot of defections especially from their seasoned party cadres such as Jessie Majome and James Maridadi. In the case of Majome, she decided to go independent and withdrew her candidature at primary elections level after Chamisa imposed Joannah Mamombe in her Harare West constituency. No doubt, such dictatorial tendencies contributed to Chamisa's downfall and election defeat.

Also, Chamisa seized seats which had been allocated to Alliance members, alienating them and their supporters. Honestly, there was no way Chamisa could win an election when his Alliance was in such chaos.

Mugabe's Reign of Terror Is Back - Chamisa

Zimbabwe President Rejects Opposition Call for Transitional Govt
Tagged:
Copyright © 2018 The Herald. All rights reserved. Distributed by AllAfrica Global Media (allAfrica.com). To contact the copyright holder directly for corrections — or for permission to republish or make other authorized use of this material, click here.