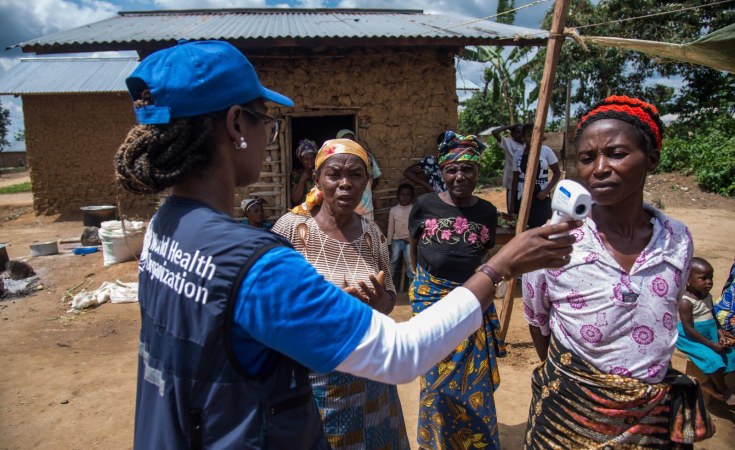 Geneva — The U.N. children's fund reports the vast majority of children living in Ebola-affected areas of eastern Democratic Republic of Congo have returned to school where they are taught ways to avoid infection.

School began one month ago in Democratic Republic of Congo. The U.N. children's fund says efforts to get children to return to school in Ebola-affected areas in conflict-ridden eastern DRC have been hugely successful.

It says 80 percent are attending schools in Beni and Mabalako health zones. They are the epicenters of the current Ebola outbreak, which was declared August 1 in North Kivu and Ituri Provinces. The latest World Health Organization report finds 207 cases of Ebola, including 130 deaths.

UNICEF spokesman, Christophe Boulierac, said the return of so many children to the classroom is encouraging. He said school provides the children who are living in an area of epidemic and conflict with a sense of normalcy. He said school offers them a protective environment.

Boulierac said children in school learn how to prevent getting Ebola and when they go home, they promote regular hand washing with their families. He says this helps avoid further spread of the disease in the community.

UNICEF has identified more than 1,500 schools in the areas affected by the Ebola epidemic. Among them are 365 schools located in the high-risk epicenters of the outbreak. The agency has equipped these schools with hygiene and health equipment.

Ebola in DR Congo Not a Global Health Emergency - WHO
Tagged:
Copyright © 2018 Voice of America. All rights reserved. Distributed by AllAfrica Global Media (allAfrica.com). To contact the copyright holder directly for corrections — or for permission to republish or make other authorized use of this material, click here.

Here are The Ideal African Countries to Give Birth In
Agribusiness