South Africa: Linking EFF to VBS an Attempt to Weaken the Party - Malema 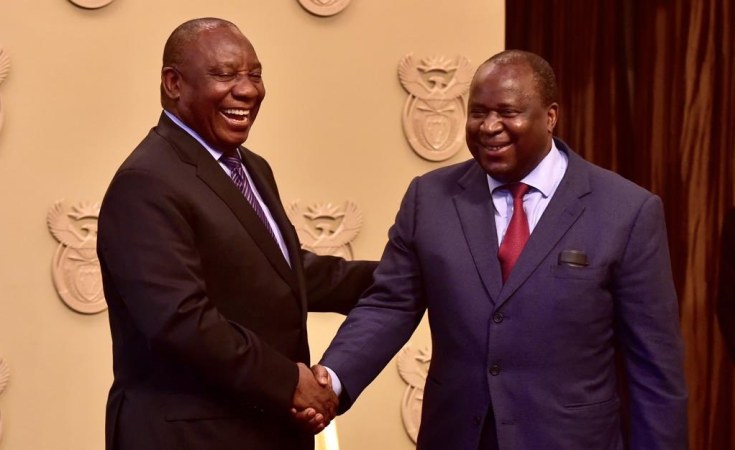 EFF leader Julius Malema says the party is confident that its deputy Floyd Shivambu did not receive R10m from his brother Brian Shivambu after he produced his bank statements dating back to 2014.

The party has thrown its weight behind its deputy president while hitting out at the media and Public Enterprises Minister Pravin Gordhan, who Malema described as the "most dangerous man" and accused of "fighting dirty".

The EFF held a briefing at its headquarters in Johannesburg on Tuesday to clarify its position on the VBS saga.

A Daily Maverick report alleged that Shivambu received R10m from his younger brother after he pocketed R16m from the collapsed mutual bank.

A donation of R1.3m was said to have been made to the EFF.

This followed an explosive report by advocate Terry Motau and law firm Werksmans Attorneys, The Great Heist, which lists 53 individuals and companies who benefitted from the looting of R1.9b from the bank. The younger Shivambu was listed among those who made money from VBS.

The EFF, however, maintained that the claims were false and there was no need for the party to deal with Shivambu as there was no material evidence supporting the allegations.

"I am not scared of Floyd, give me something," Malema responded when asked if he was scared to act against his deputy.

While Malema said the EFF was satisfied that the allegations made against his deputy were false, he complained about media coverage of the saga, claiming some journalists were "embedded". He asked why news stories about Brian Shivambu featured images of his brother and the red berets' logo.

"The reporting is deliberate, and we see it for what it is: an attempt to discredit the EFF and the deputy president," said Malema.

He claimed images of Limpopo ANC deputy chairperson Florence Radzilani and treasurer Danny Msiza were not used in any of the articles even though they were also implicated in Motau's report.

Malema said the media's bias was part of a bid to have current president of both the country and the ANC, Cyril Ramaphosa, "win at all costs" when the country goes to the general elections next year.

"They say the president knew about VBS and already the embedded journalists are on his defence. After City Press said Ramaphosa knew, then people wanted evidence but there was no request for evidence when the DP (Shivambu) and the EFF were accused in Daily Maverick," he remarked.

Shivambu himself echoed those sentiments, challenging the Daily Maverick to produce evidence and describing the claims as "pure insanity".

"The misleading information which Daily Maverick has, it's deliberate. It's part of the whole propaganda machinery to do all of those things," said Shivambu.

Malema also used the media briefing to continue his attacks on Gordhan, making claims about the existence of a rogue unit working with the minister and that it recently broke into Shivambu's home.

"We are aware Pravin is working with the rogue unit to continue to fight anyone else who doesn't agree with him. He fights very dirty. We know that the rogue unit is still in operation," said Malema.

"Minister Gordhan will not comment at this stage," his spokesperson Adrian Lackay said.

Commission Tasked to Defend ANC's Image to Probe VBS Scandal
Tagged:
Copyright © 2018 News24Wire. All rights reserved. Distributed by AllAfrica Global Media (allAfrica.com). To contact the copyright holder directly for corrections — or for permission to republish or make other authorized use of this material, click here.