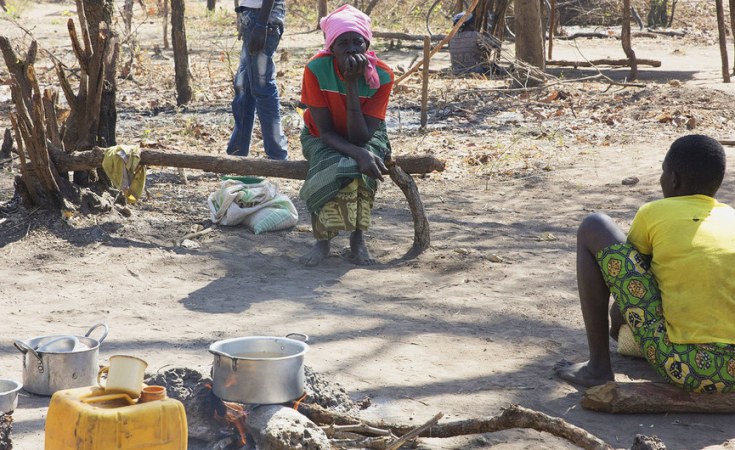 Photo: UN
The UN Mission in South Sudan (UNMISS) has investigated human rights abuses in Kajo Keji in the south of the country.
Capital FM (Nairobi)

Nairobi — President Uhuru Kenyatta on Wednesday held talks with South Africa's Deputy President David Mabuza who briefed him on the progress made in the peace process in South Sudan.

Mabuza who was returning from Juba, the capital of South Sudan, informed President Kenyatta that he met President Salva Kiir and his deputy Riek Machar and was assured that peace was taking root in the country.

The South African Deputy President is special envoy to South Sudan and has regularly updated President Kenyatta who has been at the forefront in bringing back full stability to South Sudan.

"We are happy with the progress being made in the peace process in South Sudan but we are also very concerned with the suffering of the common people," said President Kenyatta.

Deputy President Mabuza, who was accompanied by South Africa's High Commissioner to Kenya Koleka Anita Mqulwana, also briefed the President on progress made in easing visa rules between Kenya and South Africa.

"We are on course to resolve all issues concerning visa rules and making travel between Kenya and South Africa easy. We are in talks with the officials of the Ministry of Interior and Coordination of National Government," the envoy said.

Currently, government officials are able to travel to South Africa without a visa.

President Kenyatta also received an invitation from his South African counterpart Cyril Ramaphosa to make a State Visit to Pretoria before early next year when the country will go into elections.

South Sudan Announces Release of 'Prisoners of War and Detainees'

South Sudan Rebel Leader Machar Comes Home for Peace Party
Tagged:
Copyright © 2018 Capital FM. All rights reserved. Distributed by AllAfrica Global Media (allAfrica.com). To contact the copyright holder directly for corrections — or for permission to republish or make other authorized use of this material, click here.