The concert was scheduled for this Saturday, October 20 but in a letter written by assistant inspector general of police (AIGP) and police director of operations Asuman Mugyenyi, advised the organisers of the concert to call it off for having failed to get clearance from Namboole stadium management.

Emma Serugo, the director Emma Promotionz and Marketing Agency had written to police requesting for security during the concert. Serugo confirmed receiving the police letter declining to offer security but said they're yet to decide on the next move.

"By the time the Arua chaos came about, we had already bought off the Kyarenga song and we were supposed to have the concert at Cricket Oval, Lugogo but we later changed to Namboole because we thought based on the political climate, it was good to take such a concert outside the city," Serugo.

He says blocking of the concert was deliberately done by police. Serugo wonders why of all activities that police claims will take place at Namboole, it is only the concert that was cancelled.

"Even if we chose to hold this concert anywhere in the country, still Uganda police will be involved. And so even if you think of any other venue, when the police have refused, there is nothing you can do. It's clear police has refused", Serugo observes.

In an earlier interview with Jamil Ssewanyana, the managing director of Namboole stadium said that the concert organisers had booked the venue for October 20 and only needed police clearance.

Ssewanyana said that the stadium has capacity to host more than one event provided they were cleared by the police. Bobi Wine had intended to use the concert to launch his May 12 hit song titled "Kyarenga", an Afro-beat love hit in which the MP expresses his love for the girl he is pursuing.

The three-minute and 28 seconds song has been trending in most clubs, radios, discotheques and streets of Kampala. "Kyarenga" is a Runyankore word that is used contextually to mean "too much".

Bobi Wine sings that "Ekyana kyarenga" literally meaning the babe is too hot, and beautiful. Some Kenyans have advised Bobi Wine to shift the concert to Busia at the Uganda-Kenya border (on the Kenyan). It remains to be seen if the artists will take the advice. 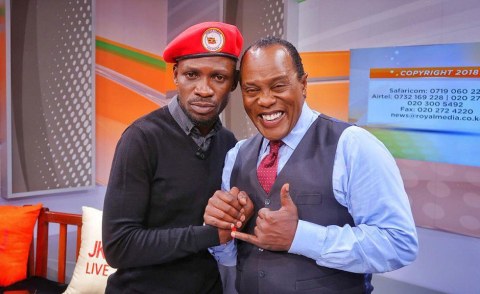 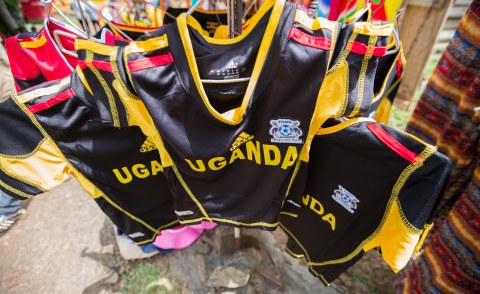 Bobi Wine Asks Ugandans Not to Boycott Cranes Matches
Tagged:
Copyright © 2018 The Observer. All rights reserved. Distributed by AllAfrica Global Media (allAfrica.com). To contact the copyright holder directly for corrections — or for permission to republish or make other authorized use of this material, click here.