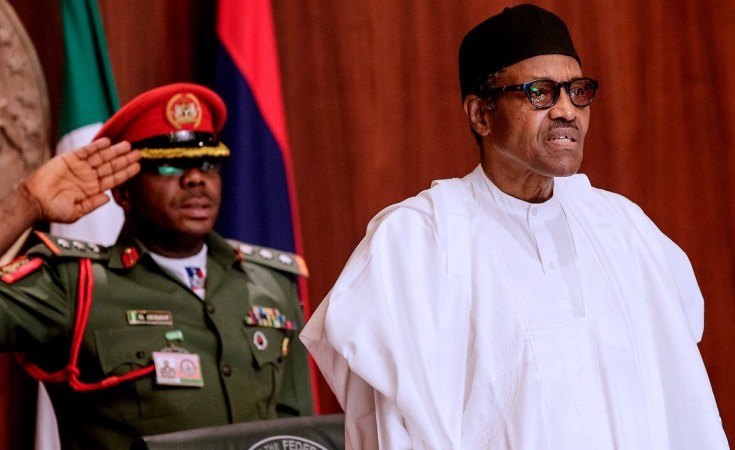 President Muhammadu Buhari on Thursday met with the heads of Nigeria's security agencies to review the country's security situation ahead of the 2019 election.

The meeting, which held under the auspices of National Security Council, held inside the president's office at the Presidential Villa, Abuja.

A statement made available by the spokesperson of the Minister of Defence, Mansur Dan-Ali, Tukur Gusau, a colonel, said after reviewing the security situation across the country, the meeting recommended the "deployment of security agencies to states to enable the elections to be conducted peacefully and to further douse tension created by the outcome of the political parties' primaries and some desperate persons to sabotage the electoral process."

The statement said the meeting also discussed "attempt to put pressure on electoral body by some notable personalities through demonstrations which was brought under control by combine efforts of security agencies to avoid being hijacked by hoodlums and armed bandits."

Although, the statement did not state which demonstration was discussed, the major opposition Peoples Democratic Party (PDP), recently held a protest at the headquarters of Independent National Electoral Commission (INEC) in Abuja.

The protest was in respect of the conduct of the governorship election held in Osun State two weeks ago.

PDP lost to the ruling All Progressives Congress (APC) after two rounds of voting.

INEC declared the first round inconclusive because the number of votes cancelled where higher than the difference between the two leading candidates.

The protest to INEC was led by Senate President Bukola Saraki; Speaker of the House of Representatives, Yakubu Dogara; PDP national chairman, Uche Secondus; and some leaders of the party.

"Also of concern is the proliferation and stockpiling of weapons by some disgruntled elements with a desire to take laws into their hands at the slightest opportunity.

"The council called for the concerted efforts of all security agencies to ensure that 2019 elections are hitch free and the need for continuous sensitization of the public by National Orientation Agency (NOA) and regular meetings of relevant stakeholders including INEC, international/ local observers and the media ahead of the elections," the statement said.

Issues That Will Swing Votes in 2019

Buhari Versus Atiku - Who Will Win 2019 Presidential Election?
Tagged:
Copyright © 2018 Premium Times. All rights reserved. Distributed by AllAfrica Global Media (allAfrica.com). To contact the copyright holder directly for corrections — or for permission to republish or make other authorized use of this material, click here.