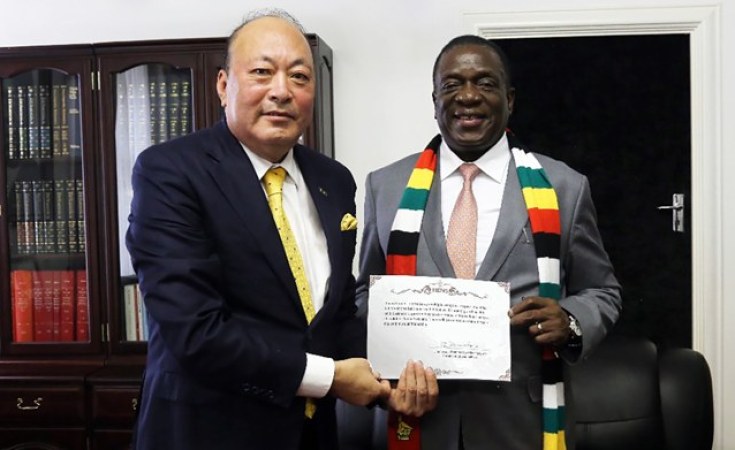 CANCER patient Jackie Boshoff is between a rock and a hard place.

The 43-year-old Harare resident has to raise at least US$2 500 by tomorrow to ensure that her treatment for breast cancer that began in April is not rolled back.

Boshoff desperately needs Herceptin -- a drug used in the early stages in the treatment of breast cancer.

Her treatment had been going according to plan until the Reserve Bank of Zimbabwe (RBZ) monetary policy statement early this month, which triggered a spike in exchange rates for foreign currency on the parallel market.

Pharmacies that had run out of imported drugs stopped servicing clients on medical aid and demanded payment in foreign currency. It marked the beginning of a nightmare for Boshoff.

"I was diagnosed with breast cancer in March and I underwent surgery in April," she said.

"As you might know, cancer treatment is expensive but I was lucky that I am on medical aid and it assisted me to cover the costs.

"Even though the medical aid covered 75% of the cost, I was able to pay the rest through electronic money transfers, but now, I cannot.

"No pharmacy is taking the medical aid. I have to raise the entire money for me to get the drug."

Boshoff, who says she is still hopeful that she will beat the cancer if she completes chemotherapy, said without the Herceptin injection, the investment she has put into her treatment will go to waste.

"If I don't get the medication, which assists in eliminating growth of the disease, I will have to restart the entire process. It is painful, but I remain hopeful," she said.

Boshoff said despite the huge costs involved in cancer treatment, she had been managing well until the RBZ ordered banks to separate real time gross settlement and foreign currency accounts.

"I thank God I have a medical aid and my husband has a job. We have been able to assist each other. But now we have reached a point we are unable to do anything," she said.

"With my little salary, I can't go and buy the US dollar on the parallel market. For me to raise

"I have engaged the bank for assistance but they have made it clear that they won't help. I don't know how I will go through. I am hopeful though."

Desperate for help Boshoff recently sent a message to President Emmerson Mnangagwa on his Twitter account. She said the message was a cry for help and not a stunt to get attention.

"It's not that I wanted to draw attention, but I was raising this issue genuinely. I don't know how I will get this drug. I deadly need it," she said.

"People might see the message as an attempt just to get attention, but I was informing the president of the true situation on the ground. It's dire.

"I could actually be in a better position when I look at other cancer patients."

Thousands of Zimbabweans suffering from chronic illnesses will relate well to Boshoff's story. Some have lost relatives in recent weeks because they cannot afford to buy foreign currency to get lifesaving drugs.

A number of pharmacies across the country closed down after their stocks were depleted and they could not restock.

A cancer patient in Harare, who preferred anonymity, said some pharmacies were cashing in on the drug shortages by demanding payment in foreign currency.

"Imagine I had to buy cisplatin (cancer drug) for $200 in hard currency when before the elections it was going for $100 when using electronic money transfer," she said.

According to the national cancer registry, cancer is killing more people than malaria, tuberculosis and the HIV and Aids epidemic combined.

Health and Childcare minister, Obadiah Moyo said government had released US$6,7 million to the pharmaceutical industry for drug procurement, but the amount fell short of the required US$29 million as of last week.

"We have agreed with all pharmacies to take medical aid and agree to take electronic payment system. I hope that they will do as we agreed," he said.

But on the ground, the situation is different and it has left many exposed.

Pharmaceutical Society of Zimbabwe president, Portifa Mwendera said many pharmacies had not been able to restock despite the disbursement of the US$6 million by the central bank.

"The local drug manufacturing segment of the industry currently operates below capacity and needs approximately US$45 million to retool," she said.

Mwendera said more than 90% of drugs in public hospitals were supplied by donors while private pharmacies mostly relied on imports.

Previous Story
Kwekwe Hospital Cries Out for Help
Next Story

Kwekwe Hospital Cries Out for Help

Mnangagwa Vows to Implement Thatcher-Style Reforms
Tagged:
Copyright © 2018 Zimbabwe Standard. All rights reserved. Distributed by AllAfrica Global Media (allAfrica.com). To contact the copyright holder directly for corrections — or for permission to republish or make other authorized use of this material, click here.