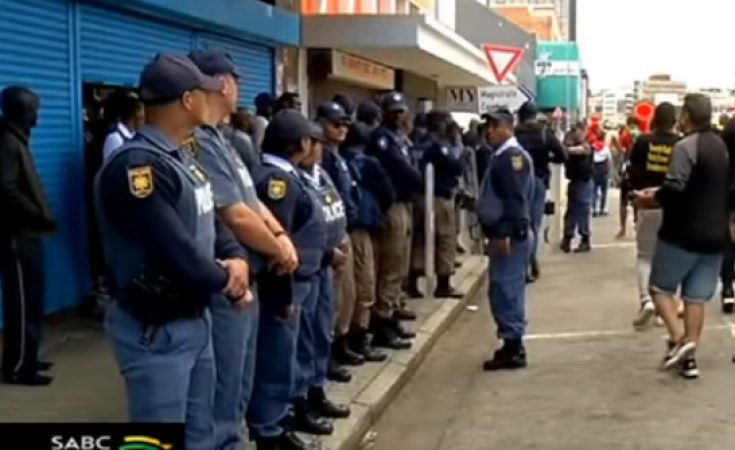 Heated exchanges took centre stage outside the entrance of the Jesus Dominion International church in Port Elizabeth, as men in dark shades and suits came out of the blue garage doors to face off against protesters on Sunday morning.

Over 100 people from different political parties and members of society came together at Govan Mbeki Avenue, to demand the church close shop and the building is shut down.

The common purpose was to eliminate any links that represent the pastor, Timothy Omotoso, who is currently on trial for rape, human trafficking and other 97 related charges.

The church has been operating in the building which stands opposite the Port Elizabeth Magistrate's court for just over six years.

Former members of the church say the building was one of the places where Omotoso was delivered his victims, some of whom are now witnesses in the trial that has captured the public sphere.

The building which housed Omotoso and his followers used to be utilized by Sales House stores, from the 1970s.

Following the closure of the store, it was taken over by Diskom Stores.

In the early 2010s the building opened its doors again and became known as the 'house of miracles' and renamed JDI, under the leadership of Omotoso.

The church has been known to have massive support and following; this would be confirmed by the large number of cars parked outside the building from Sunday to Sunday.

Men and women would flock to the church and hold different services, every day of the week, until April 20, 2017, when Omotoso was arrested at the Port Elizabeth International Airport, in the company of a young woman.

On Sunday, ANC, EFF and SAFTU-led protesters gathered outside the building to shut it down.

The police built a human wall between the congregants who came out in defence of their church and the angry protestors.

ANC Women's League leader, Nomafa Sinetile and Youth League's Luyolo Nqakula said they would no longer entertain the JDI members and what was described as a cult.

"As concerned citizens, we are here to save the church and its members from the clasps of Omotoso," said Sinetile.

"Omotoso is a lunatic, we will not allow his church to continue operating in these premises, as it does not serve its purpose," she said.

After verifications on the authenticity of the church and the zoning of the building, it was confirmed that the building is zoned for business use and not a church.

"The municipality has confirmed that the building is zoned for business use, it is now shut down officially and the service has been suspended," said Sinetile.

The protesters immediately wanted to remove the banner that sits above the building, bearing the face of Omotoso and names of the church.

The congregants were escorted out of the building. Notably in the majority were women of different ages.

They eventually took taxis not far from the premises.

JDI has three branches in the Eastern Cape: in Port Elizabeth, Fort Beaufort and East London.

Pastor Chucks, who is the vocal caretaker pastor in the absence of Omotoso, was not at the church, having earlier vowed that the church would not be shut down. 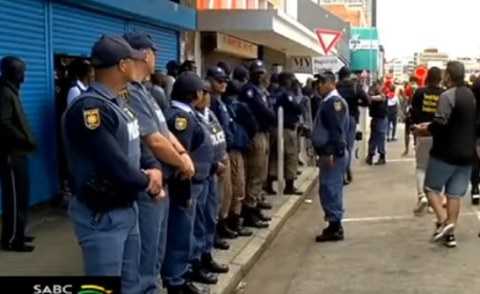 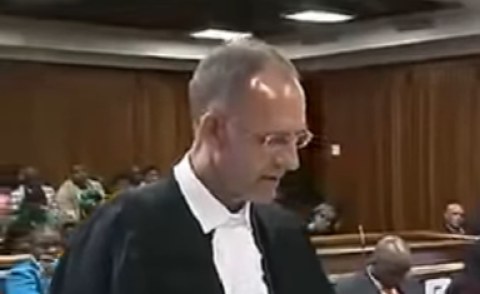