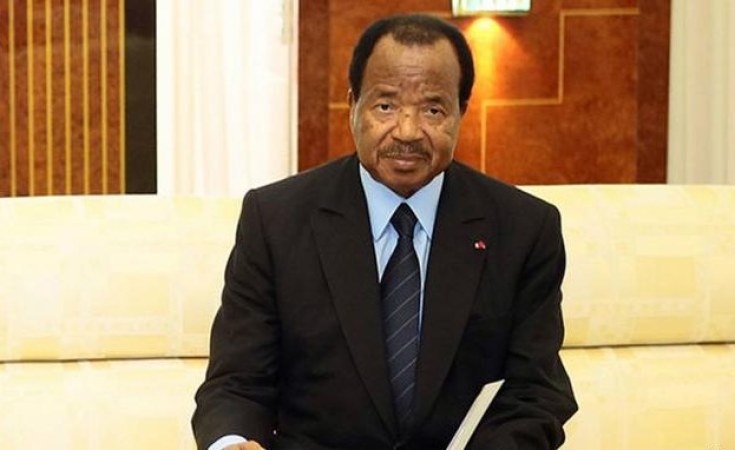 The official results of the October 7, 2018 presidential election will be proclaimed during a solemn public hearing at the Constitutional Council at the Yaounde Conference Centre today.

The President of the Constitutional Council, Clément Atangana in a press release on Friday, October 19, 2018 announced that the results of the October 7, 2018 presidential election will be proclaimed this Monday, October 22, 2018 in a solemn public hearing at the Inaugural Hall of the Yaounde Confe rence Centre beginning at 11: 00 a.m. Nine candidates participated in the presidential election.

The proclamation of the results is in respect of Section 137 of the Electoral Code which provides that, "The Constitutional Council shall adopt and proclaim the results of the presidential election within no more than 15 days of the close of the poll." Today Monday, October 22 makes the 15th day from the day of the conduct of the poll.

Today's official proclamation of the presidential election results is the logical culmination of the systematic post-electoral process. It comes after the National Commission for the Final Counting of Votes submitted its report to the Constitutional Council. It also comes after 18 postelectoral petitions calling for either the partial or total cancellation of the result had been ruled on and rejected by the Constitutional Council.

The public hearings to rule on the petitions chaired by the President of the Constitutional Council, Clément Atangana started on Tuesday, October 16, 2018 and ended in the early hours of Friday, October 19, 2018. The last petition to be ruled on was filed by the candidate of the Social Democratic Front (SDF), Joshua Nambangi Osih calling for the total cancellation of election advancing allegations of fraud and the fact that the election did not take place in the socio-political crisis-ridden North West and South West Regions.

Other candidates in the October 7 presidential poll who filed petitions were Maurice Kamto, candidate of the Cameroon Renaissance Movement (CRM) and Cabral Libii, candidate of the UNIVERSE party. Two aspirants to run for the post of President of the Republic whose nomination papers were rejected by the Electoral Board of Elections Cameroon also filed petitions. Bertin Kisob, President of the Cameroon Party for Social Justice alone filed 14 petitions while Gabanmidanha Rigobert Aminou an aspiring independent candidate on his part filed a petition.

The ruling on the petitions paved the way for the proclamation of the election results. This is in compliance of Section 136 of the Electoral Code which states that, "The decisions of the Constitutional Council relating to elections, election results and candidatures shall be final".

Paul Biya's Re-Election Is An Insult to His People

Cameroon Opposition Moves to Holy Ground for Anti-Biya Protest
Tagged:
Copyright © 2018 Cameroon Tribune. All rights reserved. Distributed by AllAfrica Global Media (allAfrica.com). To contact the copyright holder directly for corrections — or for permission to republish or make other authorized use of this material, click here.