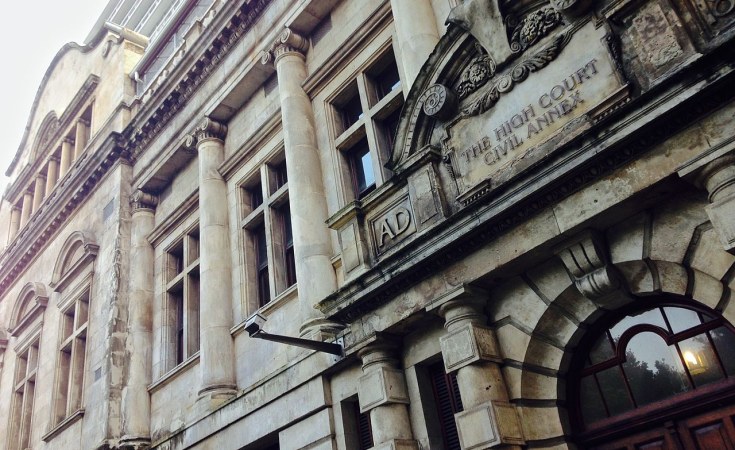 Government has taken a decision to appeal the judgment handed down by the Western Cape High Court on Muslim marriages.

The case was brought by the Women's Legal Centre (WLC) and Ruwayda Esau.

The WLC had argued that by not recognising Muslim marriages under common law, the law ignored the reality that women often lack bargaining power in marriages and were not afforded legal protection.

The judgment, which was handed down on 31 August 2018, ordered the executive and Parliament to pass legislation providing for the recognition and dissolution of marriages concluded in terms of Islamic Law.

In the ruling, the full bench gave government two years within which to enact such legislation.

In the absence of this legislation being passed, the full bench has crafted an order which will then regulate the recognition and dissolution of marriages concluded in terms of Islamic Law.

On Friday, the Justice Department announced that a decision was taken to appeal the judgment following consultation between the President, the Ministry of Justice and other members of the executive.

The decision to appeal was taken for three primary reasons.

"First, Mrs R Esau has lodged an appeal with the Constitutional Court because the full bench did not give her immediate relief in a marriage that has already been dissolved in terms of Islamic Law. The Women's Legal Centre has not lodged a similar appeal," said Department of Justice spokesperson, Mukoni Ratshitanga.

Second, the full bench decision has acknowledged that government is already in the process of researching an omnibus law that will deal with the recognition and dissolution of all religious marriages.

"Despite acknowledging this, the full bench has nevertheless ordered the executive and parliament to enact and pass legislation dealing with marriages under Islamic Law and to do so within a specific period," said Ratshitanga.

The third reason, is the effect that the decision has immediate implications on all other religious marriages which have not been registered as secular marriages in terms of the Marriage Act.

"In short, the judgment impacts beyond the sphere of marriages concluded under Islamic Law. For these primary reasons, the President and the Minister of Justice have taken a decision to appeal the judgment of the full bench.

"They will do so upon the basis that they remain committed to complete the process that they have already commenced, and that is, to pass one law governing all religious marriages," said Ratshitanga.

According to Ratshitanga, an appeal court decision will also bring certainty on certain fundamental constitutional principles, such as:

the separation of powers and the extent to which courts may order government to pass legislation and to do so on a specific issue;

the issue of inequality and discrimination of women generally and particularly those in religious marriages which have not been registered as secular marriages; and

the permissible powers of the executive, and in turn, the legislature, in fulfilling their constitutional role in our democracy by determining how best to address such matters.

"For these reasons, the President and the Minister of Justice will shortly deliver an appeal against the full bench decision in both matters and will oppose the appeal of Mrs R Essau," said Ratshitanga.

Tagged:
Copyright © 2018 SAnews.gov.za. All rights reserved. Distributed by AllAfrica Global Media (allAfrica.com). To contact the copyright holder directly for corrections — or for permission to republish or make other authorized use of this material, click here.