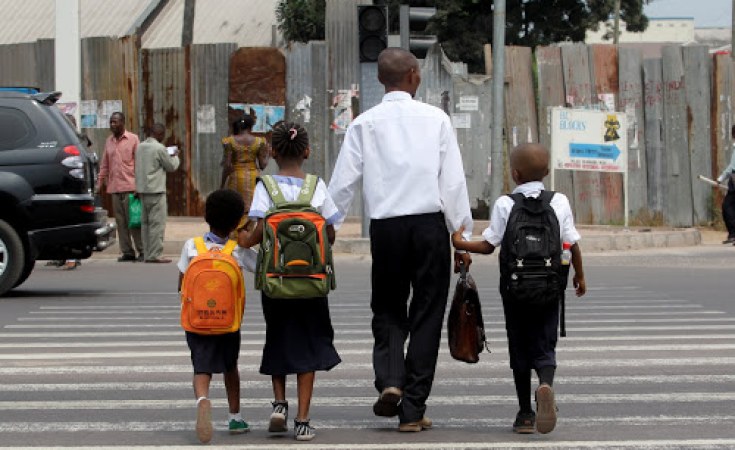 Four years after Nigeria survived an outbreak of Ebola, Director General of the West African Health Organisation, WAHO, Prof. Stanley Okolo, has said the sub-region lost $7 billion in terms of loss aid, income and productivity during the 2014 Ebola epidemic.

He also noted that the region learnt lessons in areas such as poor surveillance infrastructure, poor information sharing and collaboration, poor emergency response and inadequate financing.

"We were involved in the 2014 Ebola epidemic and had nearly $7 billion in terms of lost productivity, lost income, lost tourism and aid that came. This is probably only in cost; we are not talking of the nearly 12,000 brothers, sisters, children and women that died, we must not have that again.

"So, a lot of work is going on but what I am really charging us to do is get ahead and challenge each other; and also to our leaders, that they imbibe and acquire the models and tools so as to be prepared and fight diseases," he stated.

At the week-long meeting to ratify recommendations made by the sub-committee in Lagos, Okolo said REDISSE project is a regional project funded by the World Bank, covering all the 15 ECOWAS countries and Mauritania in five-year phases from 2016 to 2023.

He disclosed that 11 of the expected 16 countries have so far subscribed to the REDISSE project, stating that REDISSE has five components including surveillance and health information, laboratory capacity building, preparedness and emergency response.

"I am challenging the 15 countries in West Africa to be ahead of the curve because those involved in epidemic and emergencies know it has huge economic problems. It is important to say that the first 48 hours in an outbreak of any epidemic is critical and what is done then is dependent on how prepared you are within that 48 hours.

"So, we are looking at how our countries, individually, are setting up their system, their people in terms of surveillance in getting information from all the districts, all the public health communities and how they are analysing the information.

Okolo who stressed the need to improve on the lessons learnt from the 2014 Ebola epidemic said "In the region, we have set up super regional laboratories; 12 of them in West Africa for human reference analysis and another two for veterinary. We are also looking at how to train people, epidemiologists, to support the countries; we have 3,000 to support across West Africa."

The World Bank Representative, Mr John Paul Clark said the meeting gave opportunity to discuss the challenges they all face, adding that the meeting would help them map out strategies to utilise the resources that would help WAHO.

"We also seek to provide the technical support and assistance in a more timely manner that will help the bank overcome some of the bureaucratic obstacles presently being encountered as well as streamline the procedures," he added."

REDISSE project coordinator for Nigeria and the Director, disease surveillance, Nigeria Centre for Disease Control, Dr Olubunmi Ojo said: "There is need to restructure, in terms of distribution of the fund. Disease surveillance is at the grassroots and we are trying to improve surveillance, laboratory and create more awareness."

'Very Serious' Ebola Situation in the East - WHO

African Countries Intensify Vigilance on Ebola
Tagged:
Copyright © 2018 Vanguard. All rights reserved. Distributed by AllAfrica Global Media (allAfrica.com). To contact the copyright holder directly for corrections — or for permission to republish or make other authorized use of this material, click here.