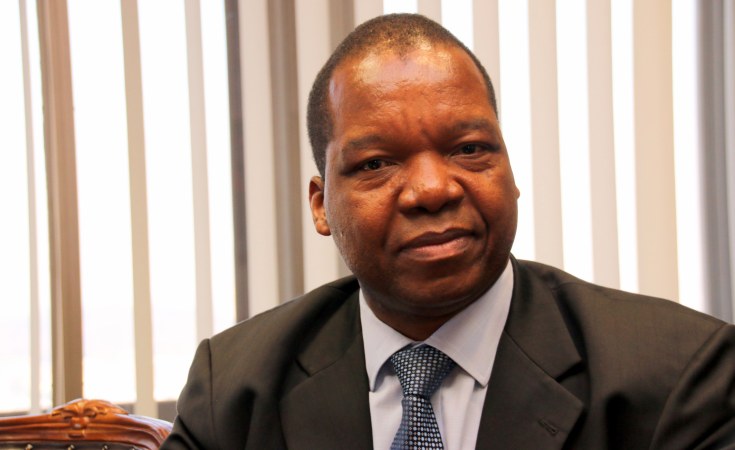 "The RBZ wishes to advise members of the public that following allegations of impropriety levelled against senior officials of the Bank namely, Messrs Mirirai Chiremba, Norman Mataruka, Gresham Muradzikwa and Azvinandawa Saburi, by Mr Lumumba, the Bank has found it necessary, for the sake of transparency and good corporate governance, that the allegations be followed through and investigated in line with the Bank's Employment Code of Conduct.

In live video he posted on his Facebook page, Mr Lumumba accused the four managers of fuelling the foreign currency black market by supplying dealers with bond notes and corrupt allocation of foreign currency.

"Muradzikwa has more money in his bank account than all his bosses … I do not believe Mangudya is involved," Lumumba said.

"The five RBZ directors have made Mthuli's life impossible. I will not allow that. This country is being run by a cartel and Minister Ncube is going to break that cartel. This cartel is being run by Queen B. I used to go to Kasukuwere's house and Queen B was always there. Queen B gave us the money for the Amai Mugabe rallies."

He, however, did not name the person he referred to as Queen B.

The country has been facing cash and foreign currency shortages although the money is awash on the parallel markets.

Questions have also been raised on the source of the bond notes on the black markets as some of the dealers have been seen with brand new notes.

Writing in his weekly column in the Sunday Mail this week, President Mnangagwa also warned that the days of the foreign currency dealers were numbered.

He questioned how illicit deals were escaping authorities despite most transactions being handled electronically.

"Considering that more than $9 billion is passing through different electronic platforms and leaving an ‘electronic trail', it is inconceivable that these illicit transactions have and can ever go on undetected or unnoticed. It simply cannot be."

President Mnangagwa also said he had tasked his top legal advisors to craft comprehensive legislation to plug loopholes that allowed black marketeers to operate with impunity.

"Currently, we have no legislation to deal with currency manipulators. We therefore need urgent and robust measures to deal with this financial menace.

"Accordingly, I have now instructed the Minister of Justice, Legal and Parliamentary Affairs to work closely and expeditiously with the Attorney-General in order to produce a new set of regulations which will be promulgated under temporary law-making powers which I, as President, am allowed by the Constitution.

"These regulations will remain in force for a statutory period of six months, during which a Bill will have to be processed for consideration by our Legislators," said President Mnangagwa.