Here is my open letter to Mr Raila Odinga upon his appointment as the African Union's high representative for infrastructure development.

Dear Mr Odinga. May I first congratulate as you prepare to take up this eminently prestigious post. Depending on how you approach the task, I see you having a lot of free time on your hands.

Sir, as you are aware -- the AU, despite its profile and status, is a body without capacity and capability to implement even its stated priorities and agenda. It does not have a sustainable financing model, mainly because most member States are in arrears in terms of contributions. More often than not, the organisation is at the mercy of donors, who mostly fund its programmes. There are times when even sittings were funded by donors.

Also, the lumbering giant moves at a snail's pace and, after every other meeting, its statements and resolutions will be couched in phrases like "We urge", "We commit" and "We reaffirm". Plans of action and declarations are unveiled with song and dance at every turn only to be followed by inaction -- and amnesia.

Mr Odinga, sir, you will remember that the Lagos Plan of Action was unveiled way back in 1980. Under the Maputo Declaration, member States resolved to allocate 10 percent of national budgets to agriculture and food. To date, the majority, including Kenya, are at less than three percent.

Mr Odinga, sir, it is not my intention to steal the thunder and play down the significance of your appointment. I know, from your approach to public duty, that you always want to make a difference in what you do, that you don't like be in a position where you are made to operate as some namby-pamby figurehead. Allow me to raise brief, salient points on the subject of infrastructure development in Africa and point out to you issues that you will find yourself grappling with all the time.

First, the China factor. Since 2010, more than 70 percent of infrastructure development in Africa have been financed and built by China. Your own country, Kenya, and its neighbours, have been no exception.

I put it to you that AU member States have all fallen for a 'China First, China Only' model when it comes to financing and developing infrastructure projects.

Mr Odinga, sir, expect to spend a lot of time travelling back and forth to Beijing. The Chinese have become the masters of the infrastructure universe on the continent. I see many member States struggling and failing to pay the Dragon.

Mr Odinga, sir, your role should be to ensure that member States don't sign away our ports, railways and national resources like coal, oil and bauxite. You will note that the single-largest loan to Africa has gone to tiny Guinea, which has given the Chinese access to its bauxite resources. It is the sign of the times, indeed, because the Chinese have advanced this country of under 13 million people a massive $20 billion loan.

Mr Odinga, sir, I note that you have just travelled to North Carolina, in the United States, to give a talk at a university. As the AU's infrastructure czar, I see you making back and forth trips to Washington. I read somewhere that the Trump administration has recently come to the realisation that infrastructure financing is what gives you soft power in Africa these days.

So, under a new legislation, called the Better Utilisation of Investments Leading to Development Act -- and known by the acronym 'BUILD Act' -- the Americans are creating a new agency that will be mandated to invest debt, equity and guarantees on infrastructure financing and development in Africa.

Sir, as you can see, the Americans and the Chinese will be fighting to fund infrastructure in Africa. Under your leadership, make the most of the situation to get the very best of deals.

But even as you shuttle between Beijing and Washington, remember that the continent's long-term goal should be to raise our own resources. I recently came across the results of a study commissioned by Nepad -- an institution of the AU -- that pensions and sovereign wealth funds in Africa have assets under management amounting to close to $1 trillion. The largest of these -- the South Africa Government Employee Pensions Fund -- has assets exceeding $340 billion.

The study, by a local Kenyan consultant in collaboration with a continental investment firm, showed that Algeria's has assets in excess of $54 billion.

Mr Odinga, sir, use your exalted position to get these funds to allocate at least five percent of their wealth under management to the financing of infrastructure development.

But here is the conundrum: You will find that, while the continent's financial resources are concentrated to the very north and to the very south, the greatest need for infrastructure is located in the middle of the continent, in the sub-Saharan part.

Odinga Talks of His New Job During U.S. Lecture 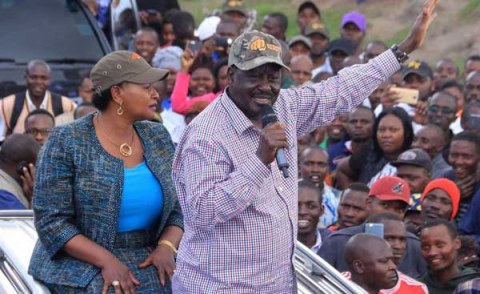 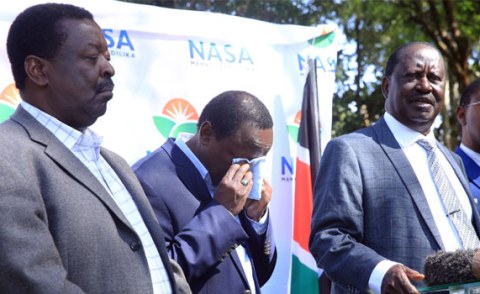 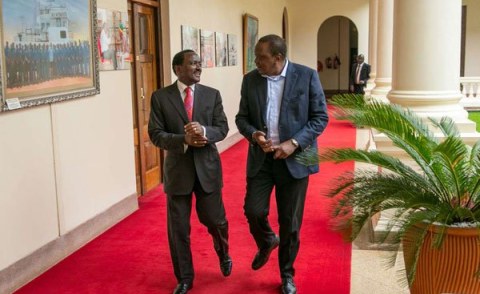