Congo-Kinshasa: 'Very Serious' Ebola Situation in the East - WHO 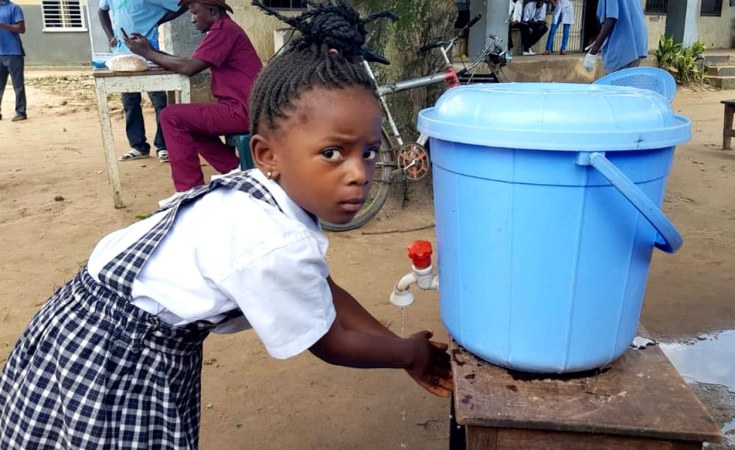 S.Oka/World Health Organisation
WHO went to dozens of hospitals to set up triage centers, outside clinics, to screen people before going into the hospital for signs of Ebola.
Voice of America (Washington, DC)
By Paul Alexander

Violence in the eastern Democratic Republic of Congo is hampering efforts to contain an Ebola outbreak that has already killed more than 150 people, according to the World Health Organization.

"It's a very serious situation. This is something that we have been fearing from the beginning; that the security situation will influence the response to the level that we cannot really function fully," says a WHO spokesman, Tarik Jasarevic.

The outbreak in Congo's North Kivu province is in a conflict zone where dozens of armed groups operate. Aid agencies have been forced to suspend or slow down their work on several occasions since the outbreak began in July.

It happened again over the weekend, when two health agents with Congo's military were killed by rebels. The next day, residents in the city of Beni pelted aid groups' vehicles with stones during a protest against a separate rebel attack that killed at least 13 people.

Jasarevic tells VOA's English-to-Africa service that the incidents have forced Ebola containment teams to severely curtail their operations. The result?

"Contacts will not be followed; this is something that has to be done on a daily basis. People who may develop the disease will not go immediately to treatment centers and will present danger to their environment," he says.

That means health workers will have to essentially start over to locate contacts of Ebola victims and ensure they are vaccinated.

"In case we are not able to access communities, if in case response measures are not being put in place safe burials, contact tracing, vaccinations, provision of treatment to those who are sick — it is really difficult to hope that the Ebola outbreak can be contained on its own," Jasarevic says.

According to the WHO's most recent report, released Tuesday, a total of 238 confirmed and probable Ebola Virus Disease cases have been reported in Congo's North Kivu and Ituri provinces. It said 155 people have died.

The WHO has warned the virus could spread to nearby countries, such as Uganda, Rwanda and Burundi.

"Neighboring countries need to be ready in case the outbreak spreads beyond the Democratic Republic of the Congo," said the latest WHO report.

Previous Story
80% of Schoolchildren Back at School in Ebola-Affected Areas
Next Story
How West Africa Lost U.S.$7 Billion During 2014 Ebola Epidemic

80% of Schoolchildren Back at School in Ebola-Affected Areas

Uganda Vaccinates Health Workers Around DR Congo Borders
Tagged:
Copyright © 2018 Voice of America. All rights reserved. Distributed by AllAfrica Global Media (allAfrica.com). To contact the copyright holder directly for corrections — or for permission to republish or make other authorized use of this material, click here.