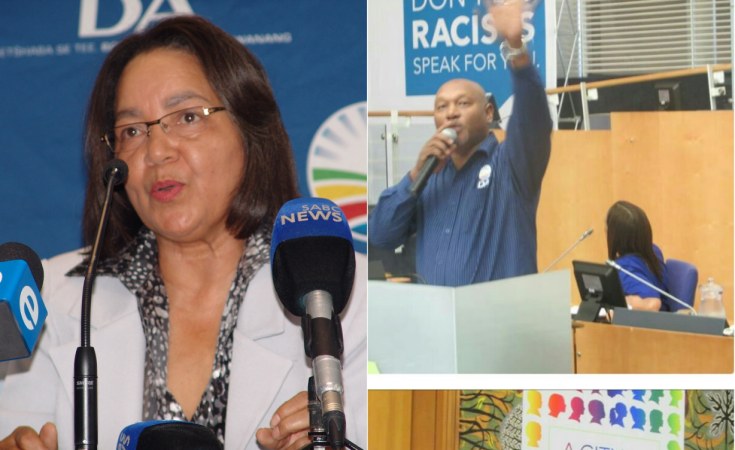 The DA's Cape Town council chief whip Shaun August has resigned in council, shortly after Mayor Patricia de Lille defended herself against allegations of corruption in the meeting on Thursday morning.

De Lille used her address to the city council on Thursday morning to launch a counter-attack on those accusing her of corruption, ahead of a discussion of an explosive report into malfeasance in the City's administration which will follow later in the meeting.

"I have been fighting corruption all my life and I will not allow my good name to be smeared," De Lille said.

She also decried the leaking of the confidential Bowmans report into corruption and maladministration.

"It is grossly unacceptable that councillors would leak information with malicious intent to injure my name. But this is nothing new," she said.

"I have suffered vicious attacks to my good name for more than a year and still people are intent on destroying me."

She said she would welcome any investigation and described the allegations against her as "racist bully attacks".

After the question session following her speech, her strong supporter August, who came with her to the DA from the ID, said he couldn't stand what was happening in the council and resigned as chief whip, councillor and DA member.

The ANC started singing and dancing after his announcement.

Shortly thereafter the DA asked for a break in proceedings to caucus, much to the ANC's amusement, whose members resumed their dancing and singing.

After the break, four more DA councillors announced their resignation. They hugged De Lille as they left the chamber.

The ANC asked for another caucus. Speaker Dirk Smit granted it, but announced that he would adjourn the meeting at 15:30, and they would then deal with the Bowmans report in committee.

Amid speculation that she would renege on her deal with the DA to resign effective November 1, ACDP councillor Grant Haskin asked De Lille directly if this would be the case.

She responded that he was not her shop steward and that the matter of her resignation was none of his business.

The four councillors and August are due to address the media.