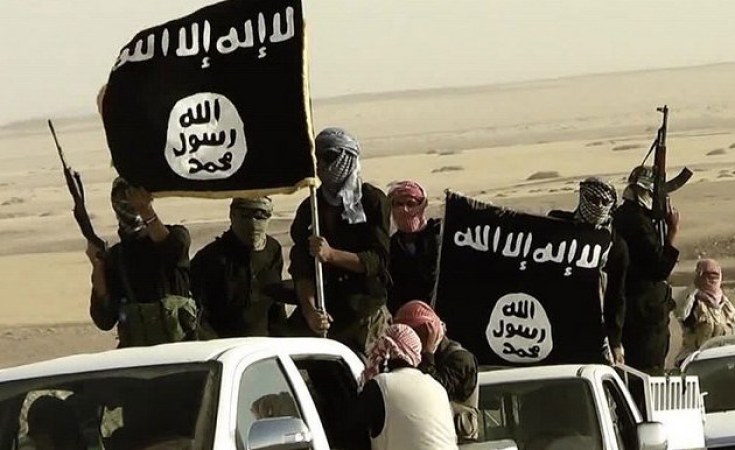 Since the start of this year a number of violent incidents that could hint at Islamist extremism have occurred in South Africa. Some analysts suspect many of these episodes are connected, and that if one joins all the dots, they outline a disturbing picture. Others believe it's too early to detect a pattern. Yet some links are emerging more clearly.

The incidents include the murder of Rodney and Rachel Saunders, a couple of South African/British botanists in northern KwaZulu-Natal in February; two murderous attacks on mosques in KwaZulu-Natal and the Western Cape; the planting of several cellphone incendiary devices in KwaZulu-Natal; the arrests of the 'Thulsie twins' in Johannesburg for allegedly plotting violence against Jewish and US interests; and the arrest of an Islamic State-linked extremist in the Netherlands.

Most activity has been in KwaZulu-Natal where several cellphone incendiary devices or bombs were planted in shopping centres around Durban and at the Durban July horserace. A similar device was found among holy scripts in the Shi'a Imam Hussain mosque in Verulam, north-west of Durban, a few days after three men stormed the mosque and attacked mosque officials and worshippers. They slit the throat of one, who died, and seriously injured two.

On 23 October these incidents were formally connected when a Verulam magistrate denied bail to 11 men. They were charged with murder, attempted murder, extortion, kidnapping, arson and contraventions of the Explosives Act and terrorism act relating to both the Verulam mosque attack and the other bombings.

Conditions are ripe in South Africa for extremism of various kinds

The state alleged the men, mostly South African but some Tanzanian, were following guidelines in an Islamic State newsletter on how to threaten and extort money from non-believers when they attacked the mosque and planted the cellphone incendiary devices.

The investigating officer said a manual on how to make bombs and carry out home assassinations, Islamic State propaganda and eight Islamic State flags were found at the home of the group's ringleader in Durban.

Another international link surfaced when Dutch intelligence authorities in July arrested a man - identified as Mohammed Ghorshid - trying to buy bitcoins (the preferred currency of terrorist financing) with a credit card belonging to one of the murdered Saunders couple. Ghorshid was on the watchlist of Dutch intelligence because of his Islamic State links.

The credit card connected Ghorshid with Sayefudeen Del Vecchio, 38, and his wife Fatima Patel, 27, who were arrested at their home in northern KwaZulu-Natal in February this year. They were later charged in the same Verulam magistrate's court with murdering the Saunders couple and dumping their bodies in the uThukela River.

Police alleged that Del Vecchio and Patel had Islamic State links. Although some analysts believe it, no hard evidence links Patel to Brandon-Lee and Tony-Lee Thulsie, even though she was arrested in Johannesburg in 2016 at about the same time as them. The Thulsies remain in police custody. Patel was later released and moved to KwaZulu-Natal where she married Del Vecchio.

In June this year, a Somali national attacked worshippers in a mosque in Malmesbury in the Western Cape, also stabbing and slitting throats. One of the worshippers died and the Somali was shot dead while resisting police arrest.

Are SA's intelligence authorities ignoring evidence of extremism or hiding it to avoid alarm?

Long before the alleged Islamic State links of the 11 men emerged in the Verulam court, terrorism expert Peter Knoope warned that 'the fingerprints of ISIS' were on many of the incidents. Knoope is an associate fellow of the International Centre for Counter-Terrorism in The Hague, and a senior visiting fellow at the Clingendael Institute in the Netherlands.

Knoope, then still in South Africa, suspected that someone was 'trying to create tensions between the Sunni and the Shi'a'. Islamic State is fanatically Sunni and regards the Shi'a as apostates who must be destroyed.

The attack on the Malmesbury mosque is more difficult to fit into this pattern as it is a Sunni mosque and the Somali attacker was also Sunni. However a prominent Muslim community leader has suggested that the mosque could have been targeted by extremists in the Western Cape because its leadership was regarded as too liberal.

Ebrahim Rasool, former Western Cape premier and former South African ambassador to the US, believes that possible links among the various incidents of violence shouldn't be ruled out. Rasool founded and heads the World for All Foundation which propagates moderation and tolerance within all religions and communities. He has been alarmed by the rising intolerance and extremism in the once-tolerant Western Cape Muslim community in particular.

Rasool says various kinds of extremism around the world go along a 'conveyer belt' that could end in violence. This might start with religious absolutism, which rejects anyone whose hair is too short, based on the Qur'an. Or extremists might hold that the right to bear arms is sacrosanct, based on the Second Amendment to the US constitution.

Rasool says such views might graduate to 'inert extremism' such as one of the 'preachers of hate' in the Muslim community saying women who want to go to mosque are prostitutes or lesbians. 'There's nothing moderate about that. It's hate speech. But it's not yet beating up on women or throwing them out of mosques.' But the danger is that when society tolerates inert extremism, some extremists might take the next step of acting out their extremism.

The advocacy group CAGE Africa is wary of over-interpretation of the various episodes. Its spokesperson Karen Jayes says 'any attempt to link recent incidents is highly speculative, as the evidence needs to be brought forward immediately and tested in court - as opposed to being hidden from legal scrutiny while giving outside parties the opportunity to join dots that may be tenuous. We are not aware of any links.'

Cheryl Frank, head of the Transnational Threats and International Crime programme at the Institute for Security Studies in Pretoria, notes that the international intelligence community is concerned about the potential for violent extremism to spread in South Africa.

'However they understand the politics behind South Africa's traditionally cautious engagement with counter-terrorism, especially in the context of the Western-led global war on terror. But the perception from the South African side is starting to change as more incidents come to light.'

Frank cites incidents going back to the arrest in South Africa of Khalfan Khamis Mohamed, one of the suspects in the 1998 al-Qaeda bombings of the US embassy in Nairobi, and the evidence that the so-called white widow, the British national Samantha Lewthwaite, an alleged member of al-Shabaab, had spent several years in hiding in South Africa.

However Frank says it's not quite clear if South Africa's intelligence authorities are ignoring evidence of current Islamist extremism or are just hiding it to avoid causing alarm. In any case there is no need to suspect Islamophobia, she says, noting that conditions are ripe in South Africa for extremism of various kinds.

These conditions include high levels of inequality and a strong sense of exclusion by several minority communities - including Muslims, but also white Afrikaners. Frank recalls that one of the most successful prosecutions by the Hawks investigation unit was that of the so-called Boeremag - a white right-wing extremist group.

Rasool characterises himself as 'cautiously worried'. 'We need to be concerned but we also need to analyse the situation properly. We should neither be complacent nor alarmist,' he says.

Rasool understands that organisations like CAGE must be wary about anyone stirring up Islamophobia over these incidents. On the other hand there's a need to be vigilant lest the inert extremism growing in the Muslim community becomes the precursor 'of a form of extremism you don't want ... It's better to err on the side of caution than to have full-blown extremism'.