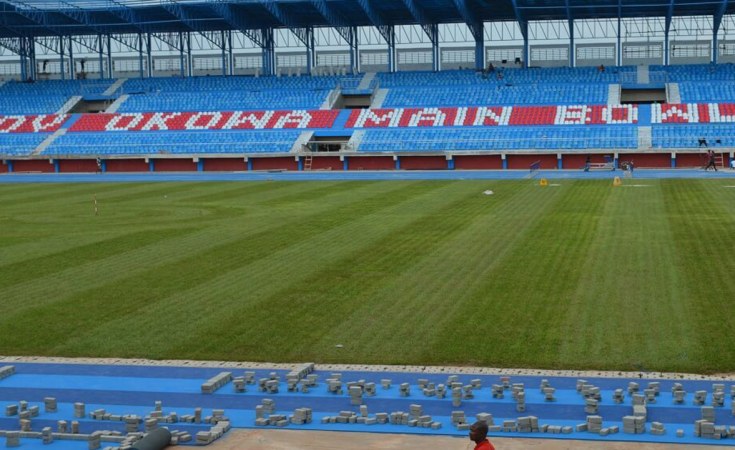 Super Eagles coach, Gernot Rohr said the Stephen Keshi Stadium in Asaba, needs to be improved to standard if it wants to host the Super Eagles matches.

Rohr who was in Asaba to watch the final of the 2018 Nigeria Football Federation Aiteo Cup final between Rangers and Kano Pillar said the Eagles will not play at the venue for now.

"It's a nice stadium but they have to work more on the pitch," he told scorenigeria.

"The pitch is not really good for Super Eagles games."

Speaking on the game the coach who was also on the look out for new talents argued that the game was thrilling, but could not pick out any outstanding player.

"I am satisfied with the match, but I didn't really see one player better than the players I have,

"I saw somebody in the first half (Kano Pillars striker Nguwua Nyima), but I didn't see him again in the second half.

"I saw some good players in the Rangers team in the second half, but I cannot say this must go to the Super Eagles."

Nigeria Qualifies for 2019 AFCON After Draw with South Africa
Tagged:
Copyright © 2018 Vanguard. All rights reserved. Distributed by AllAfrica Global Media (allAfrica.com). To contact the copyright holder directly for corrections — or for permission to republish or make other authorized use of this material, click here.