South Africa: Pirates Come Back From Behind to Edge Chiefs 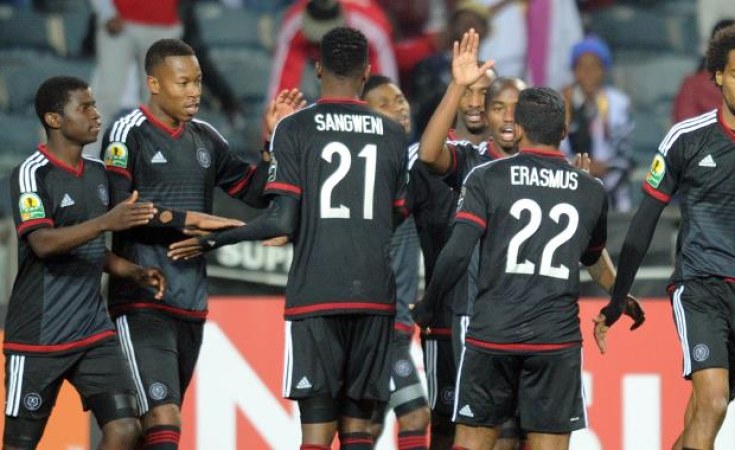 The Soweto derby lived up to its pre-match hype on Saturday in a thrilling encounter between Orlando Pirates and Kaizer Chiefs played at the FNB Stadium as Pirates came back from behind to snatch a 2-1 victory.

The well-deserved win moved Pirates to second on the log thanks to goals from Innocent Maela and Vincent Pule in response to Khama Biliat's opener.

The hosts were the first to ask questions with in-form playmaker, Pule cutting into the box to fire with his weaker right foot as it sailed wide of target.

However, it was Amakhosi who broke the deadlock in the 14th minute following a costly error from Siyabonga Mpontshane who failed to handle a cross as he dropped the ball in front of the dangerous Billiat who needed no second invitation to fire Amakhosi into the lead.

The wake up call saw Pirates push more men forward with full backs getting more into the Buccaneers attack. They should have pulled one back in the 26th minute when Augustine Mulenga was brought down in the box for a penalty but his Zambian counterpart, Justin Shonga's saw his penalty saved by Itumeleng Khune to the disappointment of the Bucs faithful.

Shonga did however redeem himself with a quality corner that found the head of Innocent Maela who headed his side back into the game in the 28th minute.

With confidence and rhythm to their side, the hosts went in search of the all-important lead as Pule unleashed a rifle from outside the box which was saved by Khune.

The lead did eventually come in the 32nd minute after a brilliant combination from the Zambian duo of Shonga and Mulenga that led to an easy tap in for Pule to put Bucs in the lead.

Minutes later, Ben Motshwari should have given his side a two-goal cushion before when Mulenga, who put up a man of the match performance laid off a delightful ball Motshwari's shot lacked direction and went over the bar.

Chiefs should have found the equaliser in the opening seconds of the second stanza when Leonardo Castro found himself one on one with the keeper but sent a disappointingly tame effort into the Mponthane's hands.

Minutes later, the Colombian export could have found the back of the net had Pirates captain, Happy Jele not intercepted a well taken cross that was on its way to the striker.

Chiefs looked more dangerous as they piled on the pressure with the introduction of Hendrick Ekstein who looked lively going forward, giving the Pirates defense a torrid afternoon.

A good opportunity to level matters came a minute before the hour mark when a good interchange of passes between Billiat and Dumisani Zuma sliced through the Pirates defense and concluded with Billiat's shot being blocked by Jele.

With the lead on their side, Pirates resorted to counter-attack football and almost caught their opponents off guard on a number of occasions.

A glorious opportunity fell for Shonga in the 61st minute when miscommunication between Ramahlwe Mphahlele and Khune resulted in the ball graciously falling into the feet of Shonga who fired over the bar in front of an empty net.

With the relentless Chiefs attack in search of the equaliser, Pirates did well to protect the lead even though they were almost caught off guard in the 81st minute by Siyabonga Ngezana's header from a corner that went over the bar.

The win sees Pirates winning their 40th Soweto derby since the teams met for the first time back in 1970. 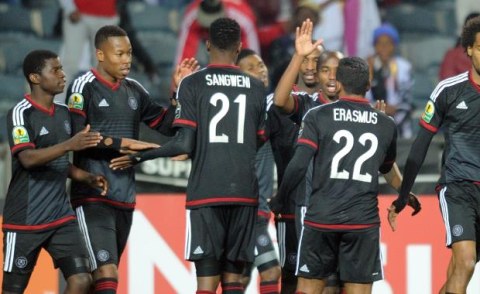 Orlando Pirates Come Back From Behind to Edge Kaizer Chiefs 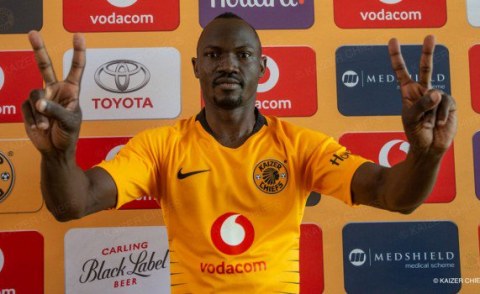 Walusimbi Ditches Gor Mahia For South Africa's Kaizer Chiefs
Tagged:
Copyright © 2018 Confederation of African Football. All rights reserved. Distributed by AllAfrica Global Media (allAfrica.com). To contact the copyright holder directly for corrections — or for permission to republish or make other authorized use of this material, click here.