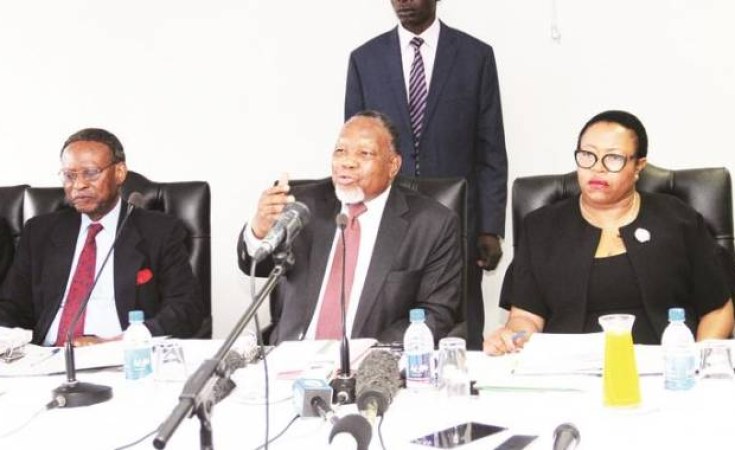 The Gweru leg of the hearings into the August 1 army killings in Harare was rocked by chaos yesterday after suggestions soldiers must be given immunity for them to testify.

Tariro Maturure, who travelled from Bulawayo after failing to testify on Friday due to disturbances, said she had intimate knowledge of the army.

"I have also worked within Zanu PF structures and only ditched the system and fled to Botswana after I was pressured to be a full time Central Intelligence Organisation (CIO) operative," she testified.

"It is this experience that makes me confident that the commission can only get to the bottom of the matter if it persuades President [Emmerson] Mnangagwa to give immunity to the security force members such as the CIO and military so that they can testify.

"They need to be given assurances that there will be no retribution and that their testimonies will be kept in strict confidence."

However, in the middle of her testimony, members from the audience who included war veterans, ex-detainees and Zanu PF youths, started heckling Maturure.

The hearing only resumed after the commission's chairperson and former South African president Kgalema Motlanthe threatened to eject the unruly elements.

"I have powers to order everyone out of the room so that we hear the witness or take her elsewhere so that she testifies under camera. I call for order," he said.

Lovemore Madhuku, one of the commissioners, asked Maturure if she believed the shootings were an inside job within the military.

"The military works on orders and the guns used in the shootings, including the ammunition, can be traced to a particular military base or camp," she said.

"If those involved can be interviewed in secret, the whole matter will be ascertained.

"However, that information can only be obtained from the military officers themselves if they get immunity from the president to divulge that detail and say who ordered them to shoot at civilians and why."

The majority of the witnesses at the hearing, some who claimed to have travelled from Mberengwa and Chirumhanzu claimed the MDC Alliance was to blame for the violence.

In Bulawayo the hearing was marred by violence after participants demanded to give evidence about the 1980s Gukurahundi atrocities.

Six people were killed when police opened fire against people protesting delays in the release of the presidential election results.

These Africans Are on TIME Magazine's Most Influential List
Company