Zimbabwe: Gloves Off - Inside the Fierce War for Control of Zim's Fuel Industry 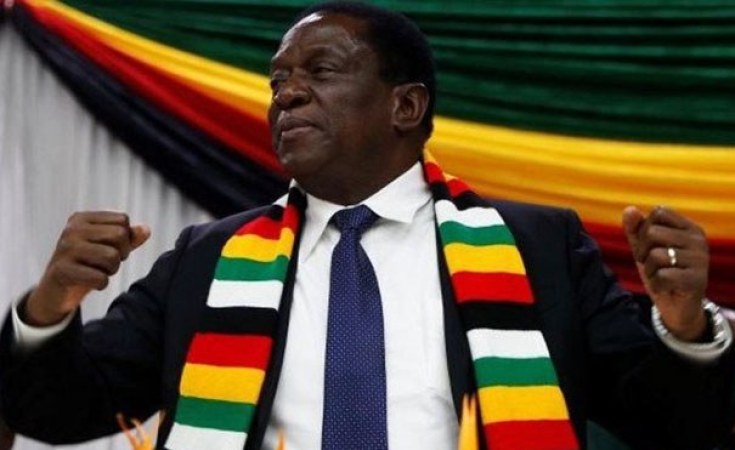 A fierce war is brewing behind the scenes for control of Zimbabwe's fuel industry pitting President Emmerson Mnangagwa and Vice-President Constantino Chiwenga's allies following a bid by a South African firm to break the Sakunda monopoly, it has been revealed.

Investigations have revealed that the fuel scandal that exploded last week was linked to plans to construct a second pipeline to move the commodity from Beira, Mozambique, by the South African company linked to Mnangagwa's allies.

Sakunda boss Kudakwashe Tagwirei, whose company controls the Beira-to-Harare pipeline that supplies Zimbabwe with most of its fuel, is allegedly resisting the construction of the second pipeline that will go as far as Botswana.

Tagwirei, a Zanu PF benefactor, is allegedly arguing that his company recently invested US$11 million in the refurbishment of the Beira-Feruka oil pipeline and does not want the Sakunda monopoly broken.

The businessman's stance has allegedly put him at loggerheads with Mnangagwa's allies, who are pushing for the new pipeline deal with South African fuel giant Mining, Oil and Gas Service (MOGS).

The fight has turned political and pits Mnangagwa's allies against those of Chiwenga, who is said to be fighting in Tagwirei's corner.

The disclosure by Zanu PF apologist William Mutumanje, aka Acie Lumamba, last week that Tagwirei was behind an alleged cartel controlling the fuel industry moved the fight to the political arena.

Mutumanje, who had been hired by Finance minister Mthuli Ncube to lead a taskforce to popularise government's new economic policies, claimed Tagwirei's alleged clandestine deals with Reserve Bank of Zimbabwe (RBZ) officials were bleeding the country.

He claimed Tagwirei, through his fuel trading company Sakunda, was manipulating foreign currency allocations by the RBZ.

The central bank immediately suspended four directors that were named by Mutumanje.

Sources familiar with the behind-the-scenes tussle for control of the fuel industry said although there were concerns about Sakunda's opaque deals with the state, the elephant in the room was the proposed MOGS deal.

MOGS is said to have the backing of Mnangagwa's advisor Chris Mutsvangwa, who has been linked to Mutumanje's alleged exposé.

The deal was initially tabled in 2009, but did not take off because of resistance from former president Robert Mugabe.

Mugabe was a close ally of Tagwirei, who was in a partnership with his son-in-law Simba Chikore in the controversial Dema power plant project.

The proposed MOGS pipeline would move about 500 million litres of fuel in the country compared to the 110 million litres supplied through the Sakunda-controlled facility.

As a sweetener, MOGS is promising Zimbabwe six months' steady supply of fuel and to provide government with foreign currency to assist in the stabilisation of the economy.

"Tagwirei does not want MOGS in the market because he has invested a lot in the Feruka-Msasa pipeline after having made an advance payment of $120 million to refurbish the pipeline in 2014," a senior government official said.

"He also parted with huge sums of money to construct the Mabvuku fuel gantry under a public/private partnership.

"He put in more than $11 million into that project and he now feels his investment would go to waste if MOGS comes into the market."

Last year the government ordered that all fuel other than Jet A1 should be imported through the Feruka pipeline.

The authorities claimed the pipeline was a cheaper option and imposed a levy that is payable to Trafigura which owns Sakunda. Truckers bringing fuel to Zimbabwe are not exempt from paying the levy.

A senior government official said Mnangagwa was backing the new pipeline deal, which has put him at loggerheads with Tagwirei and his backers such as Chiwenga.

"But to do so, the relationship between him and Kuda (Tagwirei) has to be affected," the source said.

"Financial authorities also argue that Tagwirei has been abusing his relationship with Mnangagwa for his personal benefit and they want the Sakunda monopoly broken."

Energy minister Joram Gumbo confirmed that the MOGS proposal had been made to government, but said feasibility studies were yet to be done.

"I have seen their proposal, but we are yet to look into the matter seriously," he said.

"As government, I have said that we need a second pipeline, which would enable us to become a fuel hub in the region, but we have not yet done a feasibility study on the deal and we are yet to reach a decision on whether we indeed need it or not."

Gumbo added: "My plan is to have a pipeline that can supply up to Bulawayo and then be able to supply countries such as Botswana and parts of South Africa.

"We need to be a hub that can supply countries like DRC (Democratic Republic of Congo) and Zambia."

Zimbabwe is currently facing serious fuel shortages and Sakunda recently came to the government's rescue with a "soft loan".

Sakunda and partners last week loaned the government 100 million litres of fuel, which would be repaid through treasury bills.

According to government officials, 70 million litres will be sold through the normal channels while 30 millions litres is earmarked for strategic reserves.

Mnangagwa last week told the Zanu PF central committee that the government had bought fuel three times more than the required supplies and would soon flood the market to end shortages.

It is believed that he was referring to the Sakunda deal that has been criticised by some in government, who say it entrenches Tagwirei's stranglehold on the fuel industry.

Tagwirei, who is in a partnership with Singapore firm Trafigura, also has a significant stake in Trek Petroleum.

The wealthy businessman is believed to be a very close ally to Chiwenga and Mnangagwa's sons.

Last week, Tagwirei was allegedly summoned for questioning by the police following Mutumanje's Facebook broadcast where he made allegations about the fuel cartel.

Mutsvangwa said although he was not behind Mutumanje's Facebook rant, he was against Tagwirei's monopoly.

"Since 2015, I have been fighting against the monopoly in the fuel industry," he said.

"We can't have one person eating for everyone and crafting artificial fuel shortages.

"I don't have respect for such businesspeople who rely on allocation of foreign currency from the Reserve Bank."

Sakunda is one of the three companies that were given priority by RBZ in the allocation of foreign currency for importation of fuel.

Others are Praise and Strauss. The arrangement has been blamed for the biting fuel shortages.

Besides interests in the fuel sector, Sakunda is into mining through Africa Chrome Fields.

The company reportedly took over shares that were previously owned by the army.

It is in a partnership with South African businessman and close Mnangagwa ally Zunaid Moti.

During the Mugabe era, the chrome mining concern received preferential treatment from government and was exempted from paying import duty on the fuel it uses at its plant.

The same privileges were extended to the Dema power project amid allegations that the facility was abused.

Some government officials say the funding of the agricultural initiative is opaque and is open to abuse.

Ailing Chiwenga Must 'Keep Away From Office'

Gloves Off As Oil Mogul Drives Wedge Between Mnangagwa, Chiwenga
Tagged:
Copyright © 2018 Zimbabwe Standard. All rights reserved. Distributed by AllAfrica Global Media (allAfrica.com). To contact the copyright holder directly for corrections — or for permission to republish or make other authorized use of this material, click here.