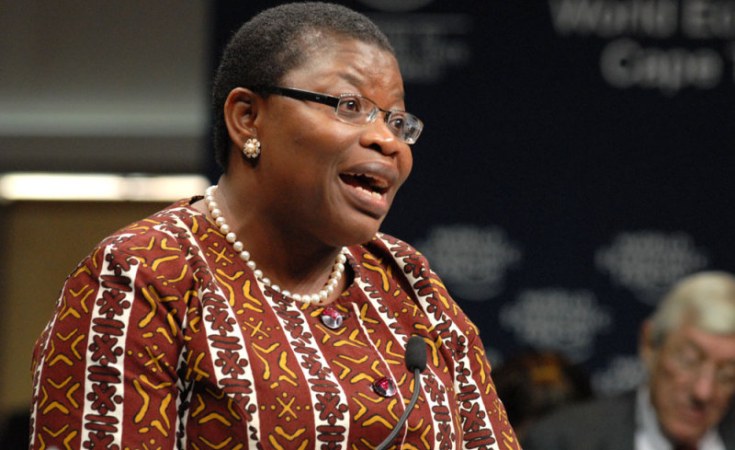 The presidential candidate of the Allied Congress Party of Nigeria (ACPN),Oby Ezekwesili said President Muhammadu Buhari lacks the aptitude and capacity to continue to lead Africa's most populous country.

"President Muhammadu Buhari has now shown neither the capacity nor the aptitude for the highest office in the land," Ezekwesili said on Monday at press conference in Lagos as her unveiled its road-map for winning the 2019 presidential elections.

"Let us talk about the present administration; what is the primary legacy of President Muhammadu Buhari? It is the destruction of our nation's wealth -- presiding over the worse economic recession Nigeria has seen in decades.

"Even now that the economy has come out of recession, the growth is as sluggish as its government. Four out of every 10 adults are either unemployed or underemployed and Nigeria is now the poverty capital of the world," she added.

"This president talks about fighting grand corruption. Please, please, give me a break! Can corruption fight corruption? Does he think we cannot see?" Ezekwesili said

The Presidential hopeful, who was the minister of education and under the People's Democratic party-led administration, said the opposition party is not also a better alternative to move Nigeria forward.

"I just laugh when I hear some people say our citizen's movement will split opposition votes. But the PDP is not in opposition to the APC. The candidate of the PDP has over the past 14 years gone from PDP to AC, AC to PDP, PDP to APC and now back to PDP" Ezekwesili said

Ezekwesili also took a swipe at Buhari and PDP's presidential candidate, Atiku Abubakar, noting that if she eventually becomes the Nigerian president, "you will never hear any world leader call me lifeless or dishonest."

"I have no issues obtaining visas or travelling to any country in the world - whether it is the United States of America or the United Arab Emirates," she said in a not-so-veiled reference to the PDP presidential candidate.

Recently, Financial Times reported that the United States president Donald Trump referred to Buhari as "lifeless" shortly after a meeting between the two leaders in April.

The PDP presidential candidate, on his part, is rumoured to be avoiding travelling to the United States because of a pending indictment.

The former minister of education, while stating her achievement in office, said she "introduced Public Private Partnership models for education service delivery and very importantly ensured that Innovation & Vocational Enterprise Institutions were accredited, certified and regulated by the National Board for Technical Education."

Ezekwesili, therefore, affirmed that the ruling party and opposition party are "brothers and sisters of iniquity and impoverishment, merchants of failure and disappointment."

Ezekwesili Lists Her Top Priority If Elected Nigerian President
Tagged:
Copyright © 2018 The Guardian. All rights reserved. Distributed by AllAfrica Global Media (allAfrica.com). To contact the copyright holder directly for corrections — or for permission to republish or make other authorized use of this material, click here.

How Can Nigeria Fix the Legacy of Colonial Violence? #EndSARS
Labour