South Africa Is More Unequal Than Ever, 20 Years After the Post-Apartheid TRC 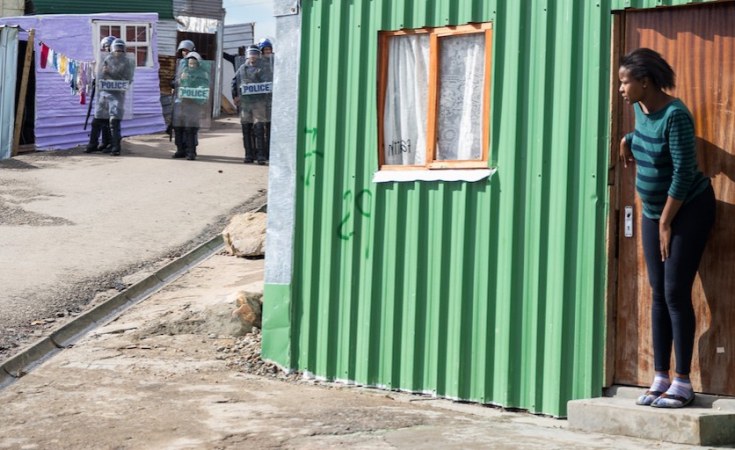 In 1998, South Africa's Truth and Reconciliation Commission released its findings after more than two years of hearings. Today it is criticized for allowing whites to continue to reap the rewards of apartheid.

South Africa was once a beacon of hope on the African continent. When it made the transition to a multiracial democracy in 1994 after the demolition of apartheid, South Africans were confident of a peaceful and secure future.

Nelson Mandela, South Africa's first black president, steered the new "rainbow nation" on a course of reconciliation that aimed to alleviate the wounds left by the harsh system of racial segregation under white minority rule.

But today's South Africa is marked by a rapidly growing gap between rich and poor - and between black and white, despite an overall reduction in poverty. The country that was once Africa's economic powerhouse has become economically unstable and ranks as the world's most unequal country.

Many South Africans are now asking themselves: what went wrong?

Between 1990 and 1993, Mandela and others at the forefront of the black liberation movements sat down with the leaders presiding over apartheid to negotiate a peace deal at a time when bloodshed seemed inevitable.

"These were difficult decisions," said Tessa Dooms, program manager for promoting democracy at the Friedrich Ebert Foundation in Johannesburg. "It was clear that concessions needed to be made."

But the consequences of these concessions have been grave, she told DW.

"Whites still have the largest proportion of the wealth even though they are the smallest part of the population," said Dooms. "It means that they were allowed to not only keep their wealth but continue in a system that continues to privilege them. It was a very good deal for them, if it means that 24 years later they still have economic dominance."

Although Dooms grew up in a post-apartheid society, the effects of that system's policies continue to affect her life - and the lives of many others in South Africa today.

One reason for this, she believes, is due to failures of the Truth and Reconciliation Commission (TRC), which was established to deal with the crimes of the apartheid regime.

Between 1996 and 1998, the sound of victims weeping as they publicly testified about their sufferings reverberated through town halls and churches across South Africa.

But the perpetrators "didn't suffer any consequences," Dooms noted. Those who admitted to their part in human rights violations and were deemed truthful by the commission were granted amnesty.

According to Dooms, the state as well as civil society needed to have more directly addressed the structural racism inherent in South African society.

"We aren't where we should be in terms of equality in the social sense," she said.

Another reason for South Africa's increasing inequality is the failure of the state to completely implement the TRC's recommendations for reparation and rehabilitation, as contained in its five-volume report, said Verne Harris, Director of Archives at the Nelson Mandela Foundation.

The final TRC report was presented to Mandela at a nationally televised ceremony on 29 October 1998.

"If we had given priority to the commission's recommendations, South Africa would be very different today," Harris told DW.

The emphasis of the TRC on reconciliation has also meant that apartheid's beneficiaries are able to deny their personal responsibility for their privilege and the continuing repression of black communities.

Mistakes weren't just made by the TRC but also in the political negotiations leading to the elections on 27 April 1994, said Harris. However, the government did what it could, he believes.

"South Africa was being negotiated out of what was effectively a civil war," he said. "Probably it's safe to say that under Nelson Mandela, the government extracted about as much as it could."

Mandela and other members of the black-majority government laid the foundation for an independent judiciary and a modern constitution.

But under Mandela's successor as president, Thabo Mbeki, from 1999 to 2008, South Africa experienced an erosion of independent institutions.

"The abuse of state institutions to fight political struggles prepared the ground for the era, which saw the corruption of state institutions," said Harris. Mbeki was ousted by his ruling African National Congress (ANC) and replaced as South African president by Jacob Zuma who was forced to resign in February amid corruption allegations.

Harris believes that the presidency of Cyril Ramaphosa, who replaced Zuma, has opened up the possibility for improvement.

"It shows that we can get to where Mandela wanted to have us. Perhaps we can do it in the next generation, probably I won't be around any more. There's a lot do do but the country has a lot of positive energy.

Sociologist Tessa Dooms is optimistic too.

"As a society, we have become more politically aware," she said, viewing positively the rise in anti-corruption protests under Zuma.

"We have become mature citizens who question themselves, ask critical questions and don't wait for someone else to fulfill our dreams."