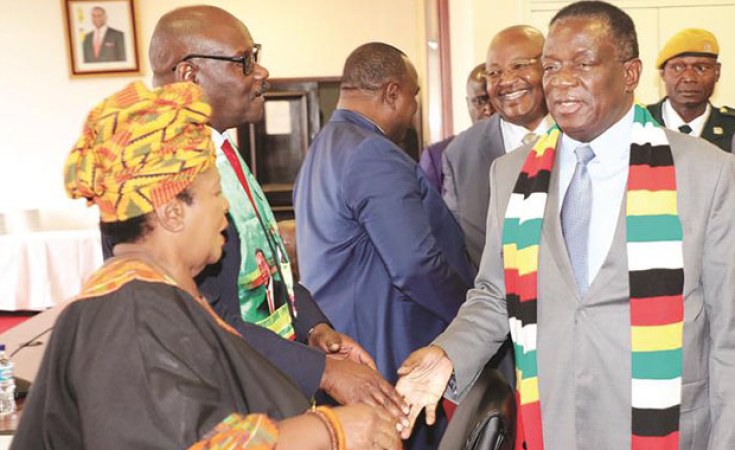 The panic over fuel supplies and basic commodities that hit the country in the past few weeks should be a thing of the past as things have slowly stabilised in the country.

Consumers in their broad totality should take heed of President Mnangagwa's promise yesterday that there was no longer need to panic over goods as things are slowly returning to normal.

Long winding fuel queues have now disappeared as the fuel supply situation in the country has stabilised after local petroleum giant Sakunda Holdings and its partners last week provided Government with 100 million litres of fuel, which the Government will be required to pay for after a year.

The fuel deal comes amid revelations that Government and Sakunda are finalising yet another deal that will see the latter supplying the country with 1,6 billion litres of fuel in order to ensure adequate fuel supplies for the next 18 months.

Such a deal should be lauded and one can only, but wish that more stakeholders come up with such big deals to complement Government in all sectors.

This, coupled with the suspension of the Statutory Instrument 122 of 2017 that barred the importation of several commodities, has eased the supply chain and it is now for everyone to see that the goods are now available.

The Government did not just end by lifting the suspension, but moved on to list in details the goods involved and ordered the Zimbabwe Revenue Authority to operationalise the imports.

However, a lot still needs to be done to thwart profiteering that has seen shops hike prices unnecessarily.

What is left mainly is the need to act responsibly by all and sundry in order to avoid hoarding and artificial shortage of goods.

What is required is for the business community to also play ball and contribute to the stabilisation of markets in the country.

What is needed is for every Zimbabwean to play ball for the good of the populace and the country.

The business community in particular should be part of a grand plan to revive the country's economic fortunes and not play devil in the noble process.

Zimbabweans must own the process of stabilising the economy and what is also important is that Government is willing to engage all stakeholders in all matters that will make this country great again.

It is everyone's job to ring-fence the country's economy.