Sudan: President of the Republic Arrives in Juba

Juba — President of the Republic, Field Marshal Omer Al-Bashir arrived in Juba, capital of South Sudan State, amide official and popular reception to take part in peace celebration in presence of presidents and heads of state of Inter-Governmental Authority on Development (IGAD countries).

He was received at Juba airport by President of South Sudan State, Gen. Salva Kiir Mayardit and members of his government.

President Al-Bashir along with other IGAD leaders will address the celebration that University of Juba will award him an honorary doctorate degree in peace diplomacy. 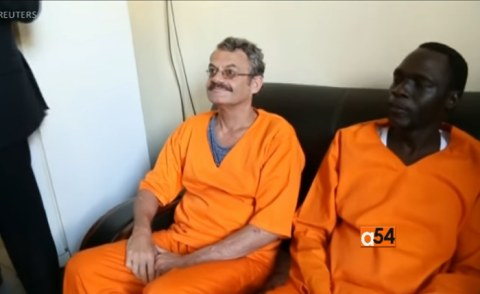 Two Machar Followers Freed in South Sudan
Tagged:
Copyright © 2018 Sudan News Agency. All rights reserved. Distributed by AllAfrica Global Media (allAfrica.com). To contact the copyright holder directly for corrections — or for permission to republish or make other authorized use of this material, click here.