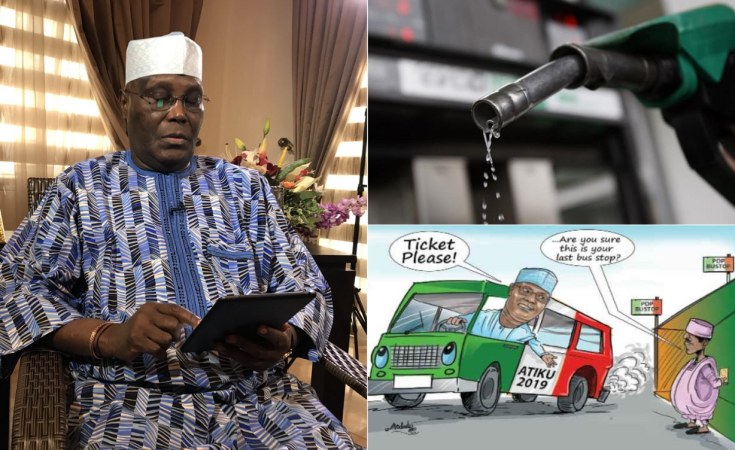 The Director General of the Atiku campaign organisation, Gbenga Daniel, says officials of the United States have hinted the presidential candidate of the Peoples Democratic Party, Atiku Abubakar, that he would get a U.S. visa if he applies for one now.

Mr Daniel disclosed this in an interview on Channels Television programme, Politics Today, on Wednesday.

It has been widely speculated in recent years that Mr Abubakar was 'banned' from entering the U.S. due to allegations of financial impropriety levelled against him, especially in the aftermath of a U.S. congressional report which probed his numerous international financial dealings.

Mr Abubakar has dismissed insinuations that he cannot travel to the U.S. He, however, said he was not granted a visa when he applied. This has not deterred the opposition All Progressive Congress from ridiculing him on the matter.

"I can also confirm to you that in last few days that there have been signals from the American officials that he (Atiku) should indeed come forward so he can be granted visa. So between you and I, all the issues are perception," Mr Daniel said.

PREMIUM TIMES is yet to independently verify Mr Daniel's claim.

Mr Daniel, during the interview, also explained that the perception of corruption that had tarred the image of Mr Abubakar over the years was misplaced.

"Well, my opinion is that the issue appears to have been over-flogged. I remember when we were running the campaign in the primaries and everybody kept confronting us on this perception and we brought it out in the open that indeed it is no more than perception, politically motivated perception which unfortunately appears not to have stopped.

"By and large, I think as we move toward the real issues, people would just realise that this is just politically motivated issues. I have repeatedly said that this is not a Banana Republic. Nigeria as a people, we know our weaknesses, anything that is nagetive about our leaders, we are ready to believe it.

"But until when (corruption) charges are pressed, as far as we are concerned, there are no issues there. If you look at the newspapers in the last few days, we have read statement issued by the (U.S.) state department that they have no issues or whatsoever with Atiku Abubakar."

He also spoke on the strides made in Mr Abubakar's campaign to clinch the top seat.

"And you would notice that virtually everyone who contested against him in the party has come into the picture and everyone has one role or the other to play."

When asked what his right designation presently was in light of the emergence of other campaign officials of the party ahead of the elections, he explained.

"Yes, I am the DG of the APCO (the Atiku Presidential Campaign Organisation). The new team that is being formed now is by the party and that does not stop us on what we are doing at the APCO. We want wider participation."

He said though he was excited about his nomination to vie for a Senate seat, he did not want to be distracted from his campaign for Mr Abubakar.