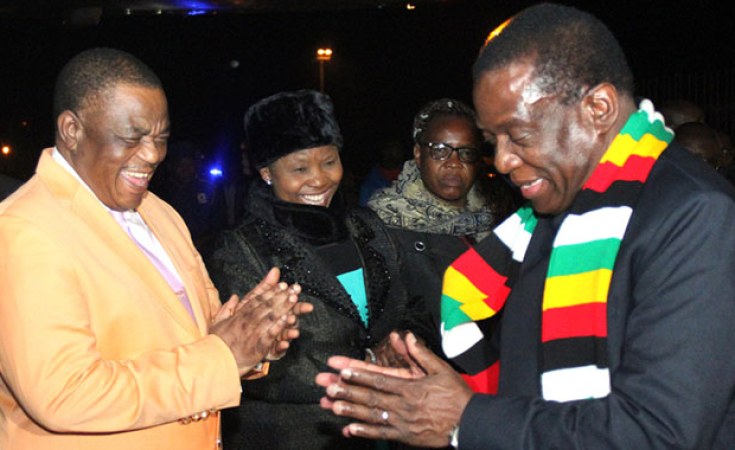 The Zanu-PF youth league has pitched its tent firmly in President Emmerson Mnangagwa's camp as the ruling party - famed for its rancorous factionalism - rows anew.

Insiders claim the ambitious Chiwenga wants the top job for himself and expects Mnangagwa who has been in successive governments since independence in 1980 to serve one term and step down.

Not if the Zanu PF youth league must have its way, however.

The league held its annual national assembly in Harare this week and launched "2023 ED Pfee" slogan, making it clear that Mnangagwa was their preferred candidate for the next elections.

"This slogan 2023 ED Pfee has a meaning which you will get to understand in future," said deputy youth secretary Lewis Matutu.

Political commissar Godfrey Tsenegamu said the league is backing Mnangagwa to run for a second term in office as permitted under the country's constitution.

He dismissed those opposed to the idea as "dreaming".

"Those who were saying Mnangagwa will rule for only one term are lost," he said.

Togarepi however, dismissed speculation about resurgent factionalism saying, "The party is one and the presidium cannot be divided.

Mnangagwa addressed the meeting which was held at the Zanu PF headquarters in the capital.

Mnangagwa, Chiwenga Tensions Intensify After Epic Politburo Clash
Tagged:
Copyright © 2018 New Zimbabwe. All rights reserved. Distributed by AllAfrica Global Media (allAfrica.com). To contact the copyright holder directly for corrections — or for permission to republish or make other authorized use of this material, click here.

It's a Date! Kenya to Open Schools on October 19
ICT