South Africa: Government and Civil Society Join Hands in the Fight Against Gender-Based Violence and Femicide

South Africa is facing a gender-based violence and femicide epidemic that has reached worrying proportions.  According to the latest report released by Statistics South Africa on gender based violence, 70 813 women experienced sexual offences in 2016/ 2017 as compared to 31 665 in 2015/2016.  This is over hundred percent increase in violence against women and children.

A number of interventions ranging from legislation, policies, programmes, community-based dialogues and awareness campaigns in communities have been made by government over the years. Sadly, the country continues to witness high levels of violence against women and children.

In July this year government together with a number of civil society organisations and churches called a 100 Men March to raise an awareness and getting men to join in fighting the scourge of violence against women and children. This was followed by a TotalShutdown March on 01 August. Participants of the March presented a set of twenty four Demands to President Ramaphosa. One of the demands was that the President should convene a Gender-based Violence Summit.

As the response to this demand, President appointed his Special Advisor working with the Department of Justice to lead the process to convene this Summit.

The Summit is scheduled to take place on the 1st to the 2nd of November 2018 at St Georges Hotel in Centurion. Over one thousand delegates are expected to attend the summit.  Invitations have been sent to various representatives from civil society organisations, traditional leaders, academics, faith based organisations, labour, business, development agencies, media and advertising sector.  Participants come from the youth, women from both rural areas, urban areas and across the country.

The Summit will create a platform of engagement to:

A number of thematic areas have been constituted to give structure to the Summit discussions.

President Ramaphosa is expected to give the opening remarks.  A number of commissions will convene thereafter to thrash out the thematic areas with the view to come up with resolutions of the Summit.

"Government and civil society agree that the time has come for gender-based violence and Femicide to be given the urgency it deserves by all South Africans.  We call on all citizens and communities to take a stand and support efforts that contribute towards ending GBV and report cases of violence to the authorities," said Phumla Williams, GCIS Acting Director-General. 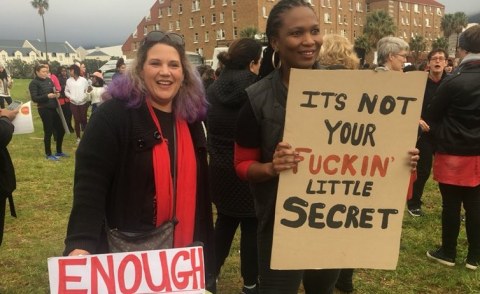 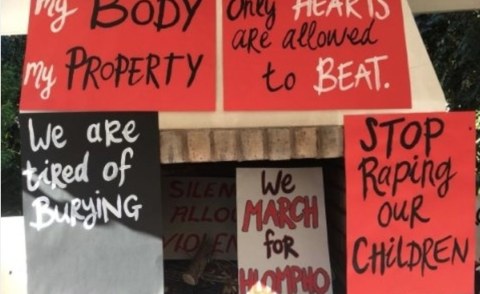 We Aren't Safe Anywhere, Say South Africa's Women
Tagged:
Copyright © 2018 Government of South Africa. All rights reserved. Distributed by AllAfrica Global Media (allAfrica.com). To contact the copyright holder directly for corrections — or for permission to republish or make other authorized use of this material, click here.