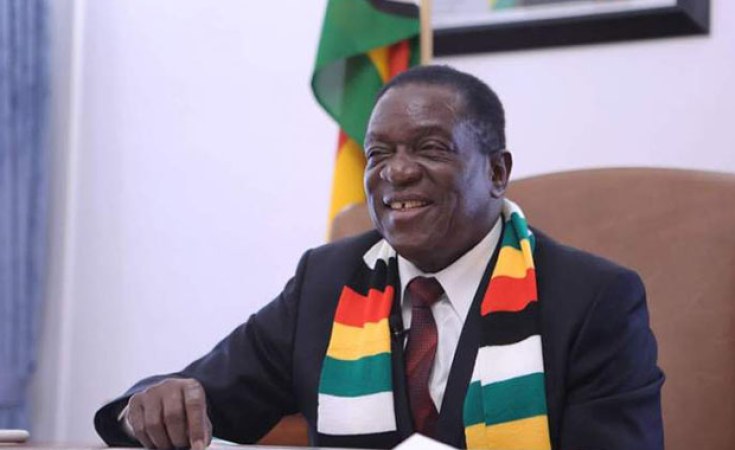 The size of the land makes the discovery the largest undrilled gas deposits in Africa so far.

The announcement comes as exciting news for Zimbabweans who are experiencing fuel shortages.

Addressing journalists at his Munhumutapa Offices in Harare yesterday, the President said if all goes according to plan, Zimbabwe would have its first oil exploration well by 2020.

"The Government of Zimbabwe has over the last few months worked with and facilitated Invictus Energy Limited which is quoted on the Australian Stock Exchange to undertake oil and gas exploration studies in Muzarabani," said President Mnangagwa.

"Invictus is utilising data which was generated by Mobil Oil in the 1990s when extensive oil and gas geo-physical work was undertaken in the greater Muzarabani area. As part of its exploration studies, Invictus has engaged a number of worldwide professional companies with extensive experience in oil and gas.

"We have since been advised by Invictus that the findings are positive and point to oil and gas deposits in the area. Government of Zimbabwe will work very closely with Invictus to ensure that Invictus realises its plans to sink an exploration well by mid-2020. After the exploration well, the next stage will be commercial exploitation of the resource. In the interim, additional geo-physical work is ongoing to identity further exploration targets.

"Updates will be given as and when the planned exploration work results come in.

"The result, as communicated by Invictus, is an exciting development for our country. Invictus has committed itself to enter a production sharing agreement with the Government of Zimbabwe which will be applicable when the project proceeds to commercial production stage."

"Most of us recall that Mobil did extensive work in the 1990s and the work they did is stored in magnetic tapes which are in the custody of the Ministry of Mines. As outlined by His Excellency, the Government of Zimbabwe has over the last few months been working with Invictus for the re-interpretation of the work which was done by Mobil. Mobil did a lot of geo-physical work which includes aero-magnetic surveys in the greater Muzarabani area," said Minister Chitando.

"It is important to highlight that Invictus has managed to progress much more than Mobil did for two reasons. Firstly, recent discoveries of oil and gas in Kenya and Uganda notably, which are of similar geological set-up, have increased the knowledge base of extraction of oil and gas. Secondly, more modern techniques have evolved over the last few years on analysing gas and oil prospects. The resource in Muzarabani consists of both gas and oil."

Minister Chitando continued: "On exploitation the oil would be refined into fuel and generally to produce both diesel and gas. The gas can be used for one or more of the following, it can be piped to end users, or it can be used for power generation and for conversion into fuel. The Muzarabani target is about 200km which makes it the largest undrilled onshore resource in Africa. Apart from the geo-physical work carried out to date, the Muzarabani basin has never been drilled before. All work has been limited to geo-physical work.

"The next stage is to drill an exploration well at a cost of about US$20 million. The hole will be about 300 milli-metres in diameter and probably about four and half kilometres deep. The rig will have to be imported or maybe relocated from some countries in Africa who are doing similar projects. The actual drilling will not take long. It is estimated that within 60 days drilling will be achieved. However, most of the work is in pre-planning of the drilling and additional geo-physical.

"The exact location of the well will depend on the work done to date and work to be done over the next few months. The details of the resource will be made available in the public domain by early tomorrow morning. The resource estimates as outlined by the President have been confirmed by an international consultancy in the oil industry." 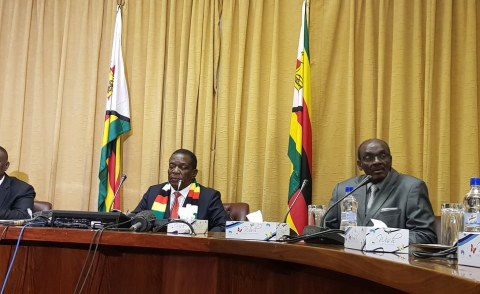