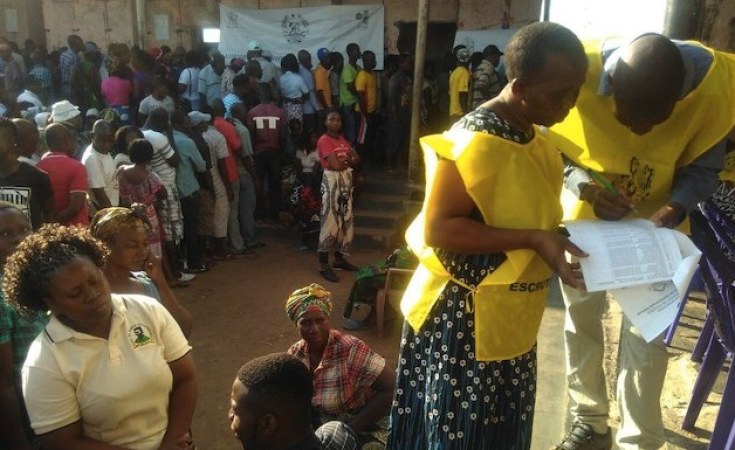 Maputo — The Constitutional Council, Mozambique's highest body in matters of constitutional and electoral law, has rejected two more appeals by the main opposition party, the former rebel movement Renamo, against the results of the 10 October municipal elections.

Renamo had first appealed to district courts, and when they threw the appeals out, it took its case to the Constitutional Council.

But, as in the appeals rejected previously, Renamo failed to follow the basic procedures, laid down in the electoral law, of appealing within 48 hours of the announcement of the results, and of lodging its complaint first at the place where the alleged fraud or irregularity took place. This "prior objection" should be made at the polling station concerned or, in the case of the "intermediate count" covering an entire municipality, at the district or city elections commission.

In Monapo, in the northern province of Nampula, Renamo protested against polling station results sheets dated 10 October (the day of the election), but it only delivered its protest to the Monapo district court on 15 October - three days past the deadline. As on previous occasions, the Constitutional Council pointed out that deadlines in the electoral law "are substantive, and they are counted continually, hour by hour, minute by minute, given the urgency in processing electoral acts".

The Renamo complaint was not restricted to individual polling stations, but to the "intermediate count". However, there was no record that Renamo had made any protest to the Monapo District Elections Commission, as required by the rule on "prior objection".

Renamo, however, said it had no knowledge of the "intermediate count" since its election agent in Monapo was not invited to take part.

(In a similar case, in the town of Moatize, in Tete province , the court did not accept the argument that Renamo could not protest against a count it knew nothing about, and said that, as soon as the results of the intermediate count were posted at the headquarters of the district elections commission, Renamo should have complained).

That Renamo was essentially correct is clear from the "partial count" by STAE (Electoral Administration Technical Secretariat) announced on 11 October. In Monapo, with 62 of the 63 polling stations processed, STAE said Renamo had 9,136 votes to 8,480 for Frelimo. But the results released by the district commission, based on all 63 polling stations, gave Frelimo 9,579 against 9,363 for Renamo. The results had obviously been tampered with - or else the 63rd polling station gave Frelimo 1,099 votes, which is impossible because the maximum number of people registered at any polling station is 800.

In Milange, in Zambezia province, the Constitutional Council declared as null and void the ruling by the District Court, which threw out the Renamo appeal against the election results in this town.

The court had used the wrong law. It had cited the law on municipal elections of April 2014, although this was specifically revoked by the latest law on the same subject, passed by the country's parliament, the Assembly of the Republic, in July. The Constitutional Council tactfully described this as "a lapse" on the part of the Milange judge.

The Council found that Renamo had delivered its appeal to the Milange court on time - but had failed, yet again, to make a "prior objection" at the polling stations where it claimed fraud was occurring.

Renamo had claimed that "massive" numbers of people from outside the Milange municipality had been allowed to vote, while legitimate voters found their names were not on the voters' roll.

The Council found this a feeble excuse because the electoral law specifically envisages such cases. It says that, in the event of an illegal refusal by the station President to accept a complaint, the party concerned must immediately go over his head to the district elections commission and also inform the police.

There was no sign that Renamo had done this, and hence it was impossible for the Council to examine the substance of the Renamo appeal. Were there really "massive" numbers of outsiders voting in Milange? This is a habitual claim made by Renamo, but no evidence has ever been produced to back it up.

Speculation Swirls Over Who Will Replace Mozambique's Dhlakama
Tagged:
Copyright © 2018 Agencia de Informacao de Mocambique. All rights reserved. Distributed by AllAfrica Global Media (allAfrica.com). To contact the copyright holder directly for corrections — or for permission to republish or make other authorized use of this material, click here.