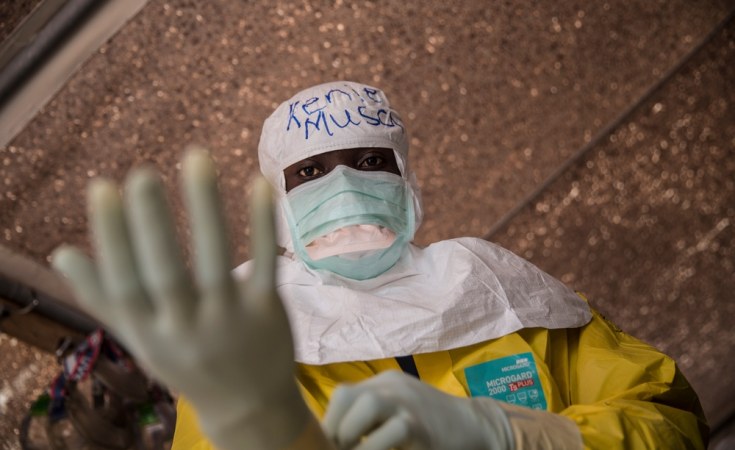 Uganda has announced that it will deploy an Ebola vaccine even though there is no outbreak of the disease in the country.

Minister for Health Jane Ruth Aceng announced a plan to start vaccinating frontline health workers from November 5, due to fears that the outbreak currently affecting the Democratic Republic of Congo could soon cross into Uganda.

The vaccine, which has been developed by Merck and is still at the experimental stage, has previously been used in the DRC and Guinea during outbreaks. It is yet to be approved by the World Health Organisation.

Officials in the Health Ministry say they are yet to determine which districts or health facilities will receive the vaccine, but there are 2,100 doses at the national medical stores that are under preparation for delivery to different parts of western Uganda.

Although the Ebola vaccine is still at the clinical trials stage, Dr Aceng says that it makes sense to start innoculating health workers in the risk districts near the border.

She said the conflict in North Kivu and Ituri regions of the DRC had affected activities to stop the spread of the disease.

As of November 1, the DRC had registered a total of 285 cumulative cases, 250 confirmed cases and 180 deaths. About 41 suspected cases are under investigation.

The spread of the disease is now just 100 kilometres from the Uganda border.

Results from randomised, open-label, controlled groups in Guinea showed convincing evidence that the Ebola vaccine can protect an innoculated individual from the virus.

The vaccine is yet to be approved because the manufacturer hasn't provided all the required information for a license. In the meantime, the WHO has recommended its use.

"Should an Ebola disease outbreak occur before the candidate vaccine is licensed, SAGE recommended that the vaccine be promptly deployed under the Expanded Access framework, with informed consent and in compliance with Good Clinical Practice," reads a statement by the Strategic Advisory Group of Experts (SAGE) for the WHO.

Dr Aceng says they decided to deploy the vaccine since Ugandans in the western districts of Kabarole, Bunyangabo, Kasese, Bundibugyo, Hoima, Arua and Ntoroko routinely interact with people in the part of DRC that is currently fighting the disease.

She said movement across the border had been high as visits to relatives have been heightened, increasing the risk of cross-border transmission.

"An undiagnosed Ebola patient could present to a health facility in Uganda for medical attention. This puts health care and frontline workers in Uganda at risk of being in contact with an Ebola virus disease patient," she said.

In addition to the vaccine, Uganda is on the lookout for cases of Ebola in the communities, health facilities, and at informal border crossings in all districts. Potential cases are isolated, treated and blood samples taken for testing by the Uganda Virus Research Institute.

The government in collaboration with the World Health Organisation has also conducted case Management and surveillance trainings in seven districts including Kabarole, Bunyangabo, Kasese, Bundibugyo, Ntoroko, Wakiso and Kampala. 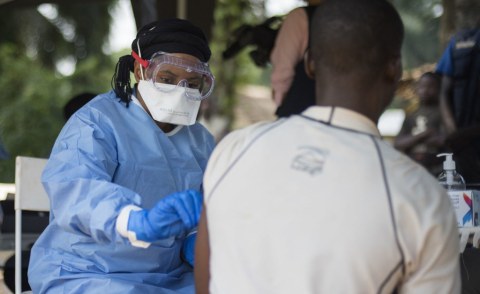 Uganda Vaccinates Health Workers Around DR Congo Borders
Tagged:
Copyright © 2018 The East African. All rights reserved. Distributed by AllAfrica Global Media (allAfrica.com). To contact the copyright holder directly for corrections — or for permission to republish or make other authorized use of this material, click here.