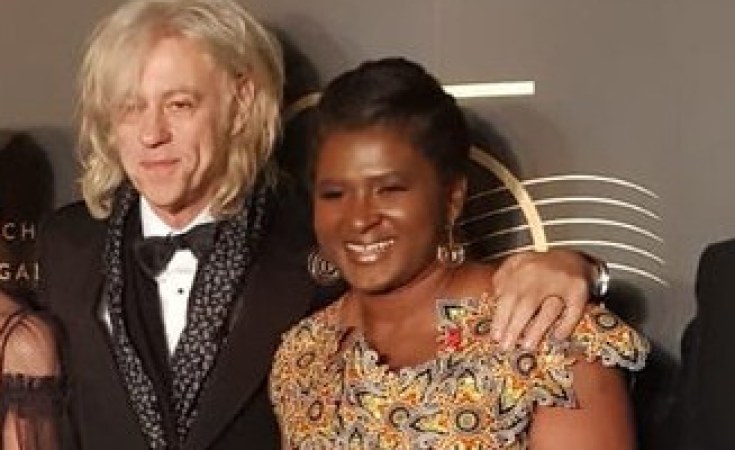 The first lady of Namibia, Monica Geingos, and singer and political activist Sir Bob Geldof have won the 2018 World Without AIDS Award.

The Namibian Broadcasting Corporation reports that the award presented to Geingos is in recognition of her contribution to the global AIDS response and her leadership in supporting the global agenda to end AIDS by 2030. Previous recipients of the prestigious award include Bill and Melinda Gates, Princes Mabel van Oranje-Nassau and UNAIDS Executive Director, Michel Sidibé, says NBC.

NBC says that German Health Minister, Jens Spahn, handed over the award at an event attended by over 2 000 guests, including the President of the Federal Republic of Germany, Dr Frank-Walter Steinmeier, and First Lady Elke Büdenbender.

The award was made at the Opera House in Berlin.

"This innovative partnership between @Aidsstiftung and Friends of @GlobalFund amplifies AIDS advocacy through the arts (@deutsche_oper)," says the tweet.

The German Aids Foundation raises awareness about HIV/Aids and works in Germany and Africa. The Global Fund works accelerate the end of AIDS, tuberculosis and malaria as epidemics.

In another tweet, Geingos says that the award is dedicated to the #BeFree Movement, which NBC describes as a a multi-faceted youth-driven platform which also facilitates access to services

* Namibia is one of 13 countries close to achieving HIV epidemic control.

In June 2018, Dr Eric Dziuban, the Country Director for the Centers for Disease Control and Prevention (CDC), said that the Population-based HIV Impact Assessment (NAMPHIA) survey results would be released soon and would give a clearer picture on how close the country is to that target.

Epidemic control is considered when there are more people dying of AIDS related deaths, compared to the number of people who are being infected with HIV.