South Africa: De Lille - DA Like Animal Farm - Some Are More Equal Than Others 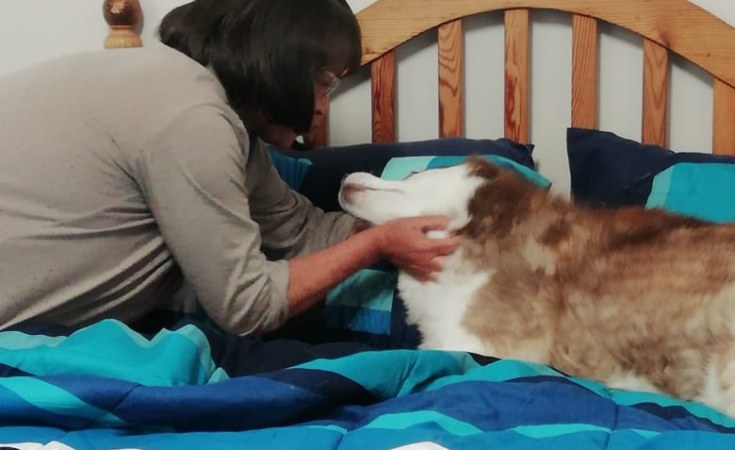 When Patricia de Lille said she would consult her family to decide about her future during the next two weeks, her husband, Edwin, silently smiled to himself. After almost 50 years of marriage, he knows all too well what that means.

"He said to me, 'you may consult us, but we know that you will do what you want anyway'," the now former mayor of Cape Town said laughingly on Friday, two days after she officially resigned as mayor and DA member.

De Lille was speaking from her home in Pinelands, where she has been spending time with her family and four Huskies, and unpacking some of her office boxes in their home study.

"My study is much smaller than the mayor's office, so everything won't fit, but I'll find a space in the house for some of the pictures and wonderful memories I've collected over the years," she said.

After 18 months of what she calls "vicious attacks", unlike anything she has experienced in a lifetime in politics, De Lille feels nothing but relief - to be done with the whole cabal, exonerated by the court and finally "free", as she declared on the steps of the Western Cape High Court after signing her resignation on Wednesday.

Molweni, Goeie Môre, Good Morning, Salaam Cape Town! Are having a wonderful Thursday? Here is my diary for today. I am taking it easy with my huskies this morning. pic.twitter.com/6TaO1Y0m4A-- Patricia de Lille (@PatriciaDeLille) November 1, 2018

The DA is no longer the party she envisaged when she joined Helen Zille in 2010 to give voters a viable alternative to the ANC and she could no longer see a future for herself in a party that, according to her, does not internalise the values of its own constitution: freedom, fairness and opportunity.

"Even before 2010, we started talking about an alternative party and when the UDM and Cope did not get the mandate from their people, Helen Zille and I decided to proceed with the project," she said. "I resigned from the DA because that project is no more - it has been killed. People can't see the bigger picture that Helen and myself were committed to.

Earlier this year the High Court set aside the DA's decision to terminate De Lille's party membership over comments she had made during a radio interview. A week later, internal party charges against her were dropped after she and DA leader Mmusi Maimane came to an agreement that she would resign.

This brought to an end a relationship of almost eight years, after De Lille and the Independent Democrats (ID) merged with the DA in 2010.

She has been open about her disappointment in Maimane's leadership and his tolerance for the unfair way in which she has been treated by the party.

Tough decisions and action in leadership. We must hold all people accountable regardless of status. https://t.co/jFwtgZl4DS-- Mmusi Maimane (@MmusiMaimane) November 2, 2018

This is also why De Lille resigned as DA leader in the Western Cape in 2017 after she became concerned that the party's federal executive committee had been captured by a conservative group.

"When this whole thing started the two adversaries were myself and [Cape Town city councillor] JP Smith. They have treated Smith completely differently. They took his side openly," she said.

"So, it's like Animal Farm. Some are more equal than others. And that's why I say there's racism in the party."

"Where the DA currently is, is that the processes and systems are only applicable to some. There is no equality there, there's no fairness and it's certainly not the DA I joined."

De Lille lodged an application in the Western Cape High Court this week to set aside the resolution of the City of Cape Town council to adopt a forensic report that led to criminal charges being laid against her.

The matter is now sub judice, she said, and will hopefully exonerate her once and for all. She remains resolute that none of the accusations made against her are based in fact.

Does she think the saga will hurt the DA in the upcoming elections?

This is up to the voters, she says, but people are not stupid.

"South Africans are intelligent. They can read between the lines the unfairness. And I've seen many people resign from the DA because of this unfairness."

Speculation has been rife that De Lille will now join another political party or reboot the ID. While there are no plans as of yet, she does not exclude the possibility. But she is still committed to the project of bringing the opposition together to build an alternative to the ANC.

"Politics is everything. It's part of our everyday lives. If you decide to go into politics, it means you are there to solve the problems of our people. There are still only a few people who are tasting the fruits of our democracy, so our work is not yet done," said De Lille, signalling that we have not seen the last of Cape Town's Aunty Pat.