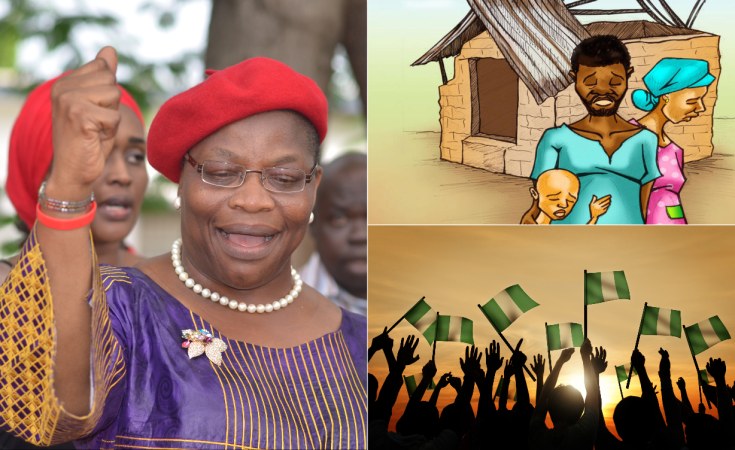 Ezekwesili, a former Nigeria education minister, had been a critic of the current president Muhammadu Buhari's administration and previous governments in the country for being corrupt.

"I had a very candid conversation with former head of state, Ibrahim Babangida in Minna after my speech on Human Capital Development at El Amin School yesterday," Ezekwesili tweeted on Monday.

"I made it clear that Nigeria must be taken out of the clutches of the Old Order. This is our mission."

Since her declaration to contest the office of president in 2019, Ezekwesili has engaged Nigerians in different areas of the country to solicit their votes at the polls.

But Sowore deemed her meeting with the former Nigerian military ruler as a mistake that should not have happened.

"PHOTOSPEAK: Our dear Oby Ezekwesili wants to stop corruption and mis-governance in Nigeria but then holds a secret session with The Godfather Of corruption and bad governance, IBB. Nigerians, Oby creatively coined BUTIKU. I love it! But this single visit is "OBYTIKU" . Go figure!"

Previous Story
Lifting Over 80m Nigerians Out of Poverty Our Priority, Says Ezekwesili
Next Story
My Priority If Elected President - Oby Ezekwesili

Lifting Over 80m Nigerians Out of Poverty Our Priority, Says Ezekwesili

Buhari Kicks Off Re-Election Bid As Presidential Race Starts
Tagged:
Copyright © 2018 The Guardian. All rights reserved. Distributed by AllAfrica Global Media (allAfrica.com). To contact the copyright holder directly for corrections — or for permission to republish or make other authorized use of this material, click here.