Nigeria: Ben Enwonwu, One of Africa's Most Influential Artists of the 20th Century 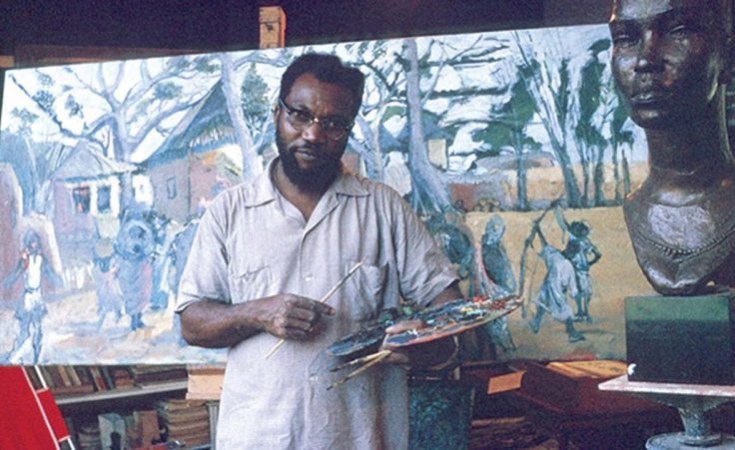 Ben Enwonwu Foundation
Ben Enwonwu made being an artist a respectable profession.
This is Africa (Hilversum)
By Kylie Kiunguyu

Since the 1950s, Ben Enwonwu has been celebrated as “Africa’s greatest artist” by the international media. Enwonwu was born 1917 in Onitsha, Nigeria, to an equally artistic father, a traditional sculptor of repute. Upon his death, Enwonwu inherited his tools. It is in this manner of artistic succession that he went on to perfect the art and style of indigenous Igbo sculpture.

The artist went on to study fine art under Kenneth C. Murray, an education officer in charge of art education in the colonial civil service. His formal education progressed with a scholarship to the world-renowned Slade School of Fine Art, at University College in London, where he received a first-class diploma in fine art. His encounters with racism while at school fuelled his interest in postgraduate work in anthropology, with a focus on West African ethnography, at the same institution, which was the roundup of his studies.

His journey as a freelance artist began in the years following the conclusion of his studies. Between 1949 and 1954, Enwonwu held many art exhibitions in London, Lagos, Milan, New York City, Washington D.C. and Boston. In 1956, Queen Elizabeth II commissioned and sat for a portrait sculpture by him, which was unveiled during the 1957 Royal Society of British Artists exhibition in London.

Enwonwu also held prominent positions, such as supervisor in the Information Service Department of Nigeria (1959), Fellow of Lagos University (1966–68), cultural advisor to the Nigerian government (1968–71), visiting artist at the Institute of African Studies at Howard University in Washington (1971), the first Fine Arts professor at the University of Ife in Ile-Ife (1971-1975) and art consultant to the International Secretariat.

Enwonwu maintained a studio in London and was a Fellow of the Royal Anthropological Institute, London, and a member of the Royal Academy of Arts in London.

Enwonwu is a celebrated artist whose art is described as a “unique form of African modernism”.

Other notable works are the three original Tutu portraits. Painted after the end of the Nigerian Civil War, Tutu was intended as an expression of national unity and Enwonwu’s way of celebrating his country’s cultural identity. “He thought she epitomised what he was trying to push about Africa,” Oliver Enwonwu, the artist’s son, told the Guardian.

Of the three portraits, only one has been rediscovered after being lost to the world for decades. The second of the trio, which is the portrait of the Ife princess Adetutu Ademiluyi (Tutu) painted in 1973 after Enwonwu convinced the royal family to allow him to paint her, has been missing since 1975 and was only found in 2017. The painting, which has become an iconic Nigerian image and is affectionately known as the “African Mona Lisa”, recently sold for US$1,6 million, or £1 205 000, at an auction held by Bonhams, under the banner “Africa Now”.

“It amounts to the most significant discovery in contemporary African art in over fifty years. It is the only authentic Tutu, the equivalent of some rare archaeological find. It is a cause for celebration, a potentially transforming moment in the world of art,” said Ben Okri, the Nigerian Booker Prize winning novelist, in the spring edition of Bonhams Magazine. 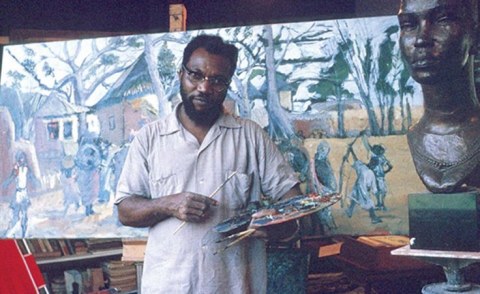 Meet One of Africa's Most Influential Artists of the 20th Century 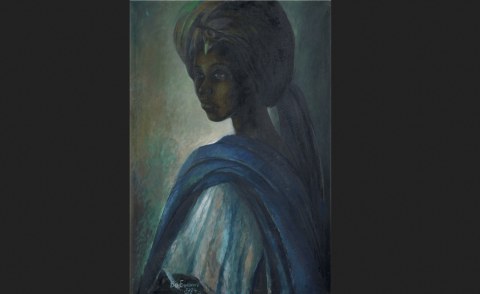 Iconic Nigerian Painting Found in London Flat
Tagged:
Copyright © 2018 This is Africa. All rights reserved. Distributed by AllAfrica Global Media (allAfrica.com). To contact the copyright holder directly for corrections — or for permission to republish or make other authorized use of this material, click here.