Africa: Women and Children the Big Losers When Governance is Measured 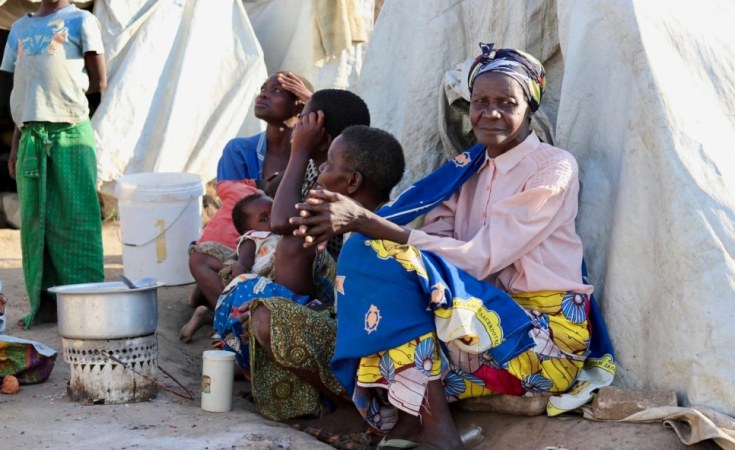 Natalia Micevic/UNHCR
Women and children rest against a tent in the General Hospital site in a makeshift site in Bunia, in Ituri province, DRC (file photo).
allAfrica.com
interview By Sethi Ncube

The Mo Ibrahim Foundation has released 2018's Ibrahim Index of African Governance (IIAG). It is the foundation's 12th annual edition since it was launched in 2007. This index shows that governance in Africa, on average, is slowly improving. However, key governance areas are not progressing fast enough to keep up with rising demands, and more specifically to answer the growing expectations of Africa's youth, who are now forming the majority of our continent. Education scores have fallen in half of the 54 African countries over the past five years.

allAfrica's Sethi Ncube spoke with Nathalie Delapalme (ND), the Executive Director of the foundation. Delapalme is a former senior French civil servant in the Ministry of Economy and Finance, she has also worked as an advisor to the French government for Africa. She has received the Légion d'Honneur, and is currently at the head of the Foundation's Research Policy.
Mandipa Ndlovu (MN), an academic and research analyst and a scholar for the Mo Ibrahim Foundation's governance for development in Africa, answered Ncube's questions on her areas of expertise: the politics of gender, transitional justice, conflicts, security, and the legacies of colonialism.

Why is African governance still lagging behind compared to other continents?

ND: We do not say that African governance is lagging behind any other continents, as we only focus on Africa and the Ibrahim Index on African Governance only assess the state of governance on the African continent. And what the 2018 Index is showing us is that governance in Africa, though still making progress, is however lagging behind the considerable demographic growth of the continent and,  most importantly, lagging behind  youth expectations.

Would you say that the overall decline of civil and political rights has a strong correlation with governance performance in Africa?

ND: What we see, what the data shows, is that there is a very strong correlation between Overall Governance performance, and the results achieved in two key dimensions of the Ibrahim Index of African  Governance:   Rights, and Transparency and Accountability. The better a country performs and makes progress in these two dimensions, the better it performs and progresses both at Overall Governance level, and in the Sustainable Economy Opportunity dimension. So there we have a very important recipe for progress.

The report shows that education is lagging behind population growth in Africa - what impact do you think this has?

ND: Indeed, progress in the Education dimension has begun to revert to decline over the last five years. Much has been made, and still is, especially when you consider enrolment in primary and secondary cycles, or the number of teachers in schools. However, confronted to the demographic surge, expectations are not being met. On top of this, current education supply does not meet the requirements of the job market. So we now have a young generation on the continent which is on average better educated but less employed than the generation of their parents.  There is a huge mismatch between education and job prospects.

The report also shows that Africa is not creating enough jobs for the population. Is this related to poor governance?

ND: This is probably the biggest concern highlighted by the 2018 Index report. Africa’s  macro-economic growth over the last decade – almost +40% - has not translated in any progress in economic opportunities for its citizens. Sustainable Economic Opportunity dimension score has barely progressed by 0.2% over the same period. Once again, this is of course due to the demographic surge, outstripping by far the economic growth. But it is also due to the fact that this African growth has been mainly built on raw commodities exports. It has been a mainly jobless growth, and has also widened inequalities. 60% of Africa’s population is under 25 years old, and a vast majority are finding themselves devoid of economic prospects, and feeling robbed of political ownership, or at least of any say in current policy-making . If Africa’s growth patterns are not changed, and not enough sound  jobs created, young people will be  discouraged from actively seeking employment, increasing unemployment and informality. As we already highlighted in our former report, Africa at a Tipping Point, apart from economic losses, this could also lead to further brain drain, political and social unrest, instability and armed conflict.

Has Africa "arrived" on gender parity in terms of the elevation of women into influential positions - for example the recent appointment of the first woman as Ethiopian president?

MN: No. Why is that in 2018 it is still surprising that a woman is a president of a country. Why are we still surprised and struggling to conceptualize women and leadership spaces. That's a fundamental flaw when it comes to the patriarchal and misogynistic way that we govern in Africa.

Is enough being done in the continent to empower women to take up influential roles in society?

MN: My big problem with the empowerment of women is women themselves. Most women that currently hold positions are not ready to pass down knowledge. They are guarding their positions jealously and that is a huge problem. It's a problem when women at the top brass refuse to share their knowledge and pass it down. In that aspect we as women are our own enemy.

As young black women we try to penetrate the space, it's not the men that are going to open up the space up for us, it's the women that are already there. Government is an action word, if we are going to be deliberate about positive gender governance then we need to be deliberate about opening up spaces for women that are capable, capable women that have the expertise, that have the nuances from education, experience, field work, social work and activism to come into the space and transform society. We need inter-generational mentorship so that we can learn and teach.

Youths in Africa still remain excluded from the economic and political arenas, what do you think needs to be done to ensure young people are included?

MN: The big key word for me will be access. We need to pinpoint who has access and who doesn't and how you can exploit the other to benefit the other. Once we get to the root cause of that we will get to who is being excluded and how.

Do African countries have strong systems to address the violence and trauma that come with that? For example post election violence...

MN: You cant have a sate that owns up to it's past if the state of the perpetrator, they'll look bad and it's a loss of legitimacy. Leaders enact violence post-colonialism and blame pre-colonial structures for what they did in the independence period. What we don't have are systems in place that do reflexive accountability in terms of the state, then if you have civil society organisations coming up you have instances of organised violence and torture and that further re-traumatises the victims and what we then have is an apathetic citizenry instead of active citizenry.

Where is Africa getting it all wrong in trying to catch-up to speed with the rest of the world in terms of economic development, gender parity and youth empowerment?

MN: The main thing is planning, African countries tend to put more emphasis on the minister of finance instead of the minister of planning and development and that is a problem. We need to pay attention to economic planning and many states are failing dismally in that regard. We need to plan for youth empowerment. Lack of succession planning hinges on economic development, youth empowerment,gender forward thinking.

How to Transform an Index Into Better Governance