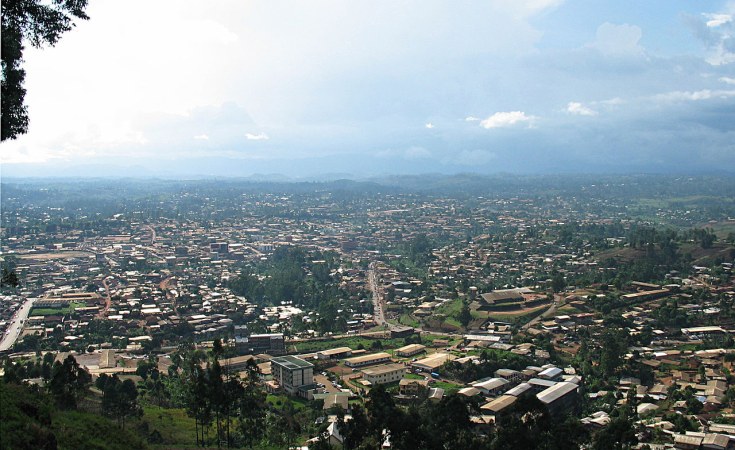 Students kidnapped from a boarding school in Cameroon's North-West region have been freed, officials have said. The 79 students and three others were seized early on Sunday in the region's capital, Bamenda.

The school's principal, the driver, and a teacher are still in captivity, the BBC's Mayeni Jones has reported. The government and separatists in the English-speaking region have been accusing each other of being behind the kidnapping.

A video purportedly showing some of the kidnapped students from Bamenda's Presbyterian Secondary School has been shared online, sparking outrage. An Anglophone separatist movement has been operating in the North-West and South-West regions over the past year.

The circumstances of the students' release is unclear but authorities said they are being questioned before being released to their parents. According to the Presbyterian Church of Cameroon, the students were abandoned in one of their buildings in the town of Bafut, about 24km (15 miles) from Bamenda.

The church has also said that Sunday's kidnapping was the second kidnapping at the same school in less than a week.

In the 31 October incident, 11 boys were taken and then released. It is unclear who the kidnappers were.

Communication Minister Issa Bakary Tchiroma told AFP news agency that "all 79 students have been released," but did not give any further details.

A priest, who was conducting negotiations with the captors, confirmed the release but said the school's principal, driver and a teacher had been held back, Reuters news agency has reported.

The army had been deployed to try and find the children.

Cameroon's authorities have blamed the kidnap on Anglophone separatist militias - who have called for the closing of schools in English-speaking regions.

They want to create an independent state called Ambazonia.

A video of the hostages released on Monday showed one of the captives saying they had been seized by "Amba Boys" - the widely-used term to describe the separatist rebels.

An Anglophone group, the Ambazonia International Policy commission (AIPC), has however cast doubt on the idea that the perpetrators are the separatists, noting that the person recording the video appears to have a poor grasp of Pidgin-English, the language spoken widely in the Anglophone area of the country.

One of the kidnappers was apparently heard speaking French.

English-speakers in Cameroon have long complained that they face discrimination.

They say that they are excluded from top civil service jobs and that government documents are often only published in French, even though English is also an official language. 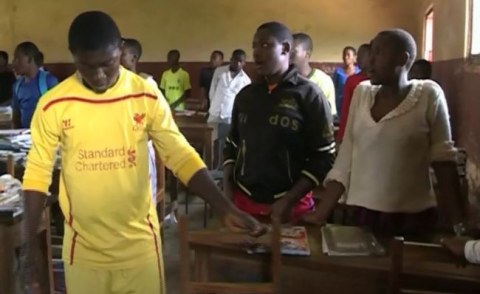 Does Cameroon's Biya Understand the Anglophone Problem?
Tagged:
Copyright © 2018 This Day. All rights reserved. Distributed by AllAfrica Global Media (allAfrica.com). To contact the copyright holder directly for corrections — or for permission to republish or make other authorized use of this material, click here.