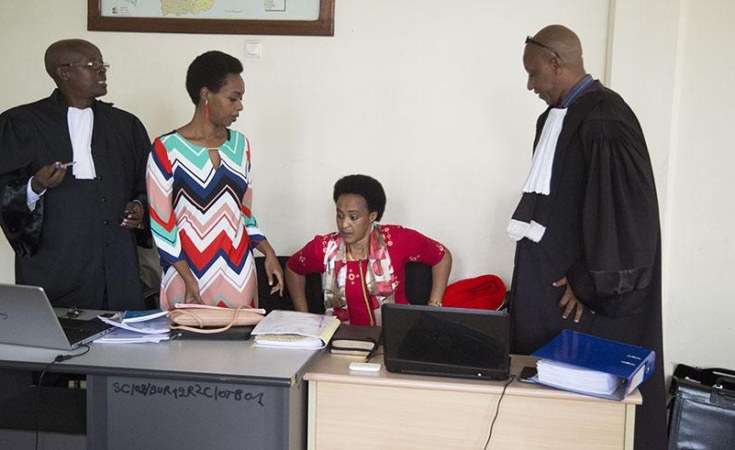 Cyril Ndegeya/ New Times
Diane Rwigara and her mother Adeline Rwigara with their lawyers in a Kigali courtroom on November 7, 2018.
The New Times (Kigali)
By Kelly Rwamapera

Prosecution on Wednesday implored High Court to sentence both Diane Rwigara and Adeline Mukangemanyi Rwigara to 22 years of imprisonment over a litany of charges including attempting to cause insurrection, stocking divisionism and forgery among others.

They also recommended a fine of Rwf3 million against Diane and one Rwf1 million for Mukangemanyi, who is also the former's mother.

This was during the prosecution's final submissions in the trial in which the duo are co-accused with four others; all at large.

For the co-accused, who were all tried in absentia, prosecutors at the Kimihurura-based High Court sought a 15-year sentence.

The trial, in substance which both Diane and Adeline attended with their lawyers, was held weeks after the duo was granted bail by the same court so that the case can be heard while they are out of jail.

The two jointly face a crime of inciting insurrection while Diane Rwigara is separately accused of uttering forged documents.

On the other hand, Mukangemanyi faces a separate charge of stocking divisionism and discrimination.

Among the evidence presented to court by prosecution include audio recordings from the suspects' telephone gadgets.

In a packed courtroom, prosecution said they deem the 22 -year sentence commensurate to the crimes the duo stand accused because there are no mitigating circumstances.

Throughout the trial, prosecutors said, they never expressed any remorse for the crimes they stand accused.

"The two accept their actions although they deny the criminal implications of what they did," the prosecutors told court.

During the trial, the defendants through their lawyers, accepted having had the said conversations that were found on their gadgets and holding meetings but denied any criminal elements in the actions.

Mukangemanyi's lawyer Gatera Gashabana told court that the audio exhibits that pin his client for insurrection were not aired publicly and Mukangemanyi had no intention of insurrection.

"The audios were her private conversations with family member who didn't intend to incite the public for any action," said Gashabana.

Gashabana pleaded that his client be declared innocent "because prosecution did not clearly substantiate how the audio, video and other conversations she had, amounted to insurrection.

Diane's lawyer, Pierre Celestain Buhuru said her client invited a press conference to express her ideas not to incite the public.

"Journalists are not the public. Diane was expressing her ideas to a professional body" Buhuru said.

Diane Rwigara is accused of committing the crime of forgery through the signatures she presented to the National Electoral Commission when she tried in vain to run for President last year.

According to evidence presented by prosecution, some of the signatures she presented to the Commission endorsing her candidature were forged, some of them belonging to people who have since died.

Among the requirements for those seeking to run for president as independents, they are asked to present 600 signatures endorsing them, and out of these, they must at least have 12 from all districts of the country.

Regarding forging signatures, Buhuru said that this should be handled by the electoral laws and not subjected to a criminal procedure.

"The electoral commission punished Diane by refusing her to run. I pray that court regards this initial punishment enough for her act," Buhuru said.

Court set the ruling on December 6. 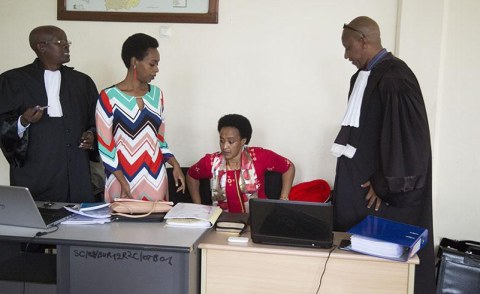 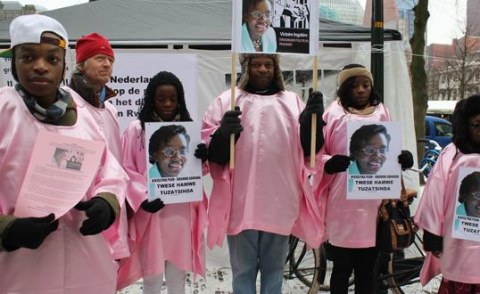 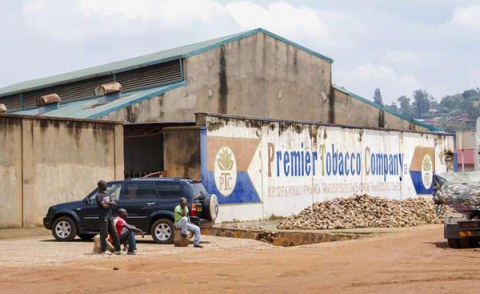 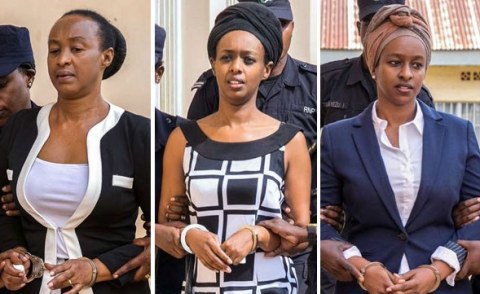 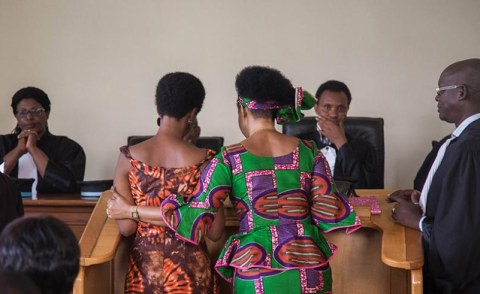 Rwanda's Prosecution Won't Rest Until The Rwigaras Are Sentenced 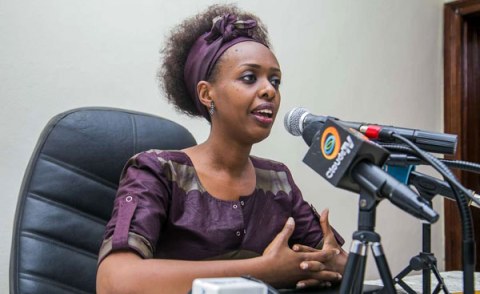 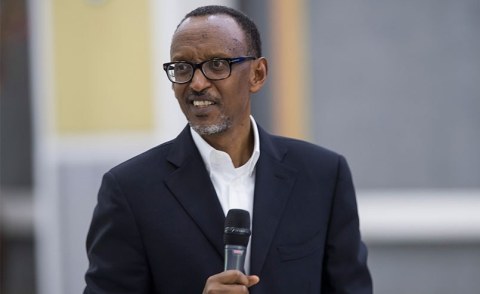 'Kagame Still a Dictator Even After Freeing Political Prisoners'
Tagged:
Copyright © 2018 The New Times. All rights reserved. Distributed by AllAfrica Global Media (allAfrica.com). To contact the copyright holder directly for corrections — or for permission to republish or make other authorized use of this material, click here.