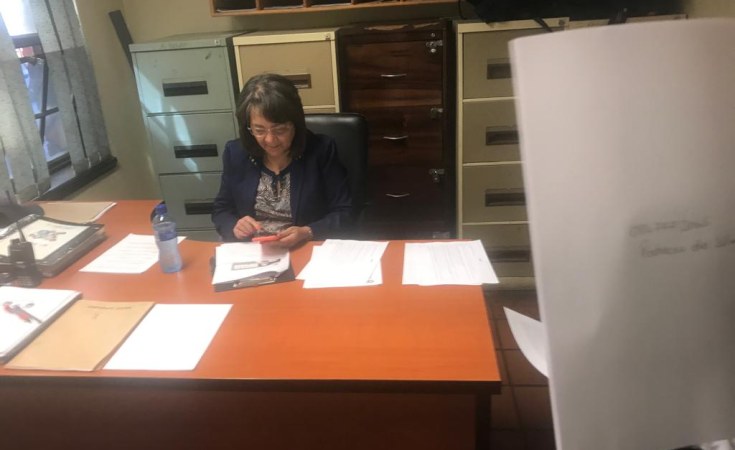 Former Cape Town mayor Patricia de Lille has laid charges of defamation and fraud against four DA members in relation to a forged post they distributed on social media, purporting to be from the Auditor-General of South Africa.

"I am laying these charges now, as my recent unemployed status has allowed me time to deal with important matters such as this that my busy diary as the Executive Mayor of Cape Town did not allow me to undertake," reads her statement to the media.

"I am taking this action because of the serious nature of the fraud, as well as the total disregard and disrespect shown to the office of the Auditor-General by public representatives," De Lille said.

"I am also doing this because I value the rights and protection that our Constitution should afford our society and citizens, because I love my country and because I want to ensure that all citizens are treated equally and protected by the laws that we fought so hard for."

In April, at least four DA members shared a post - purporting to come from the AG - on social media, which implicated De Lille in wrongdoing.

News24 confirmed with the AG in May that the "report" was fake.

The DA at the time said the document was never an official communication from the party and had not been shared on any official DA platforms, nor had it formed part of the then disciplinary matter between De Lille and the party.

"Any DA leader or member who has shared this has simply fallen prey to fake news on social media platforms, which is quite common," DA deputy federal council chairperson Natasha Mazzone said at the time.

Waters told News24 in May that he had no idea that the document was a fake. He had simply "reposted" it from social media.

In May, Engelbrecht also said that she had seen the document on Facebook originally and had decided to repost it, but couldn't say where she had initially seen it.

"The Auditor-General subsequently confirmed that the statements were fake and the document pretending to represent this Chapter 9 institution was forged," De Lille continued on Thursday.

'They have already lost litigation against me'

De Lille said she had also laid a formal party complaint regarding the distribution of the post with chairperson of the DA's federal council, James Selfe.

"Only months later, on September 27, 2018, DA leader Mmusi Maimane wrote to the AG, stating that the party cannot take responsibility for what his supporters share on their social media sites.

"However, Mmusi, these are not DA supporters, they are DA members, elected senior leaders in some cases, of the party. They MUST be accountable to the public, they MUST adhere to the DA's social media policy, the DA constitution and the South African Constitution. In failing to acknowledge his responsibility to deal with intolerance and lies spread by elected leaders within his own party, Mmusi has failed the DA and failed South Africa," De Lille charged.

She wrote an open letter to the four in October, asking them to issue a public apology, and also wrote to National Assembly Speaker Baleka Mbete.

"I am disappointed that the DA has reputedly indicated that it is not necessary for its members to apologise for these deplorable actions, and that once again its funders are committed to pay for further unwinnable court action.

"They have already lost litigation against me earlier this year, with the court in addition awarding costs to my legal team."

No matter how ignorant an elected official is of the Constitution or of its values and principles, Chapter 9 institution documents should not be forged to suit political whims, De Lille said.

"I thus appeal to the South African Police Services to evaluate the evidence I am submitting and to thoroughly investigate and pursue these fraud charges and take the necessary action to protect our democratic institutions."

Previous Story
Next Story
DA Like Animal Farm, Some Are More Equal Than Others - Ex Cape Town Mayor De Lille

DA Like Animal Farm, Some Are More Equal Than Others - Ex Cape Town Mayor De Lille