Mozambique: Police Should Know Who Cabo Delgado Terrorists Are

Maputo — Mozambican President Filipe Nyusi said on Thursday that by now the National Criminal Investigation Service (SERNIC) ought to know who the armed groups are that have been launching murderous attacks in parts of the northern province of Cabo Delgado.

Speaking at the opening of a meeting of the Coordinating Council of the Ministry of the Interior, Nyusi said that, since it is over a year since the first attacks took place (in Mocimboa da Praia district), "it is time we knew who these groups are".

The attackers consider themselves moslems, but have been disowned by all mainstream Islamic organisations in Mozambique. In the attacks over the past year, at least 90 people have died.

Nyusi argued that the problem could not be tackled simply by punishing corrupt police officers. Instead it was necessary to improve recruitment procedures, and increase the teaching of professional ethics within the police.

The President noted that "new forms of crime", are increasing the pressure on the police, making to necessary improve criminal investigation techniques and invest in modern technologies.

He congratulated the police for their fight against environmental crimes, particularly poaching, but noted that the poachers are now going after animals such as lions, because of the illicit trade in lion bones.

"It's important to say that the criminals have now chosen lions as their target", Nyusi said. "There's a myth that claims lion bones are more valuable that those of other animals".

Turning to the traffic police, Nyusi urged them to reduce the alarming number of accident registered on Mozambican roads.

"This meeting of the Coordinating Council should pay attention to seeking better strategies for preventing traffic accident", he said, urging the police to take "extraordinary and innovative measures".

"The festive season is approaching", he said, "and we don't want blood on the roads". 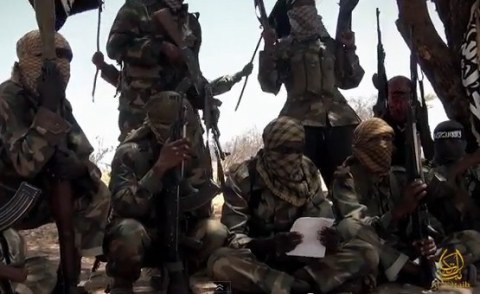 Dramatic Flare-Up in Mozambique's Mysterious Insurgency
Tagged:
Copyright © 2018 Agencia de Informacao de Mocambique. All rights reserved. Distributed by AllAfrica Global Media (allAfrica.com). To contact the copyright holder directly for corrections — or for permission to republish or make other authorized use of this material, click here.