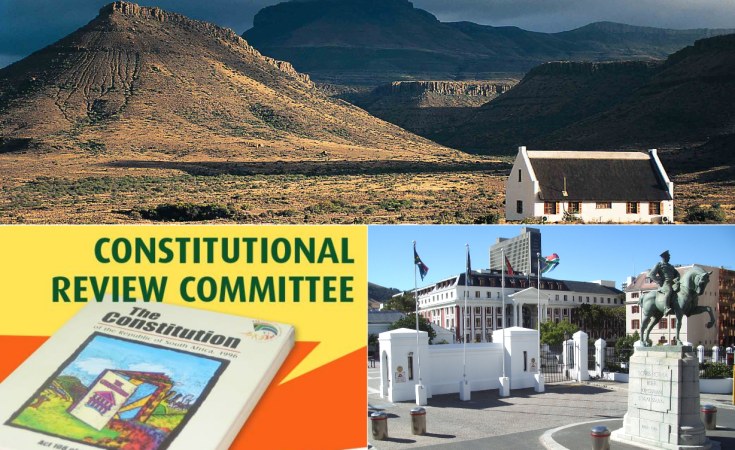 After a morning of filibustering by parties opposed to the amendment of the Constitution to allow expropriation without compensation, the Joint Constitutional Review Committee (CRC) adjourned on Thursday without discussing its recommendations.

At last week's meeting, the committee worked through its draft report, detailing its work thus far. At the end of that meeting, co-chairperson Lewis Nzimande asked members to come with proposed recommendations.

However, the DA, Cope and FF Plus said they were not ready and disputed that it was agreed that members must have their recommendations ready this week.

After some toing and froing, the committee resolved to give members until 16:00 on Monday to contribute to the recommendations.

The committee further resolved to seek permission to have meetings on Tuesday, Wednesday and Thursday next week. On the first two days, the recommendations will be discussed and, on the last day, the report will be adopted.

Co-chairperson Stan Maila reminded members that, according to the committee's agreed-upon programme, the adoption date for its report is next Thursday, November 15.

The CRC was instructed by the National Assembly and National Council of Provinces to ascertain whether a review of Section 25 of the Constitution and other clauses was necessary, to make it possible for the state to expropriate land in the public interest without compensation, and also to propose constitutional amendments where necessary.

The committee has already held hearings in all nine provinces and several days of oral submissions at Parliament and received more than half a million written submissions.

South Africa Takes One Step Closer to Land Expropriation
Tagged:
Copyright © 2018 News24Wire. All rights reserved. Distributed by AllAfrica Global Media (allAfrica.com). To contact the copyright holder directly for corrections — or for permission to republish or make other authorized use of this material, click here.