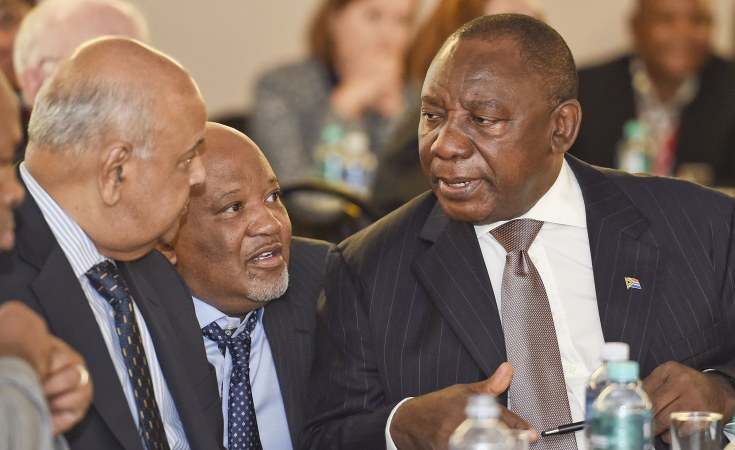 Former Deputy Finance Minister Mcebisi Jonas is renowned in South Africa as the man who refused a $40 million bribe and the finance minister's job, offered to him by former President Jacob Zuma's friends, the Guptas, if he did their bidding at the Treasury. Both he and former Finance Minister Pravin Gordhan were fired by Zuma some months later.

Now Jonas has been appointed by Zuma's successor President Cyril Ramaphosa, to a panel of "special envoys on investment". In this guest column for AllAfrica, he makes the case for South Africa being able to clean up its governance and attract new foreign investment to generate growth and jobs.

This past week revealed the many contradictions that South Africa contains today. In a speech to Parliament in Cape Town, Finance Minister Tito Mboweni quoted Charles Dickens in A Tale of Two Cities:

Our country is beginning to reckon with the legacy of years of systematic corruption and patronage, a phenomenon that has come to be known as "state capture."

As a narrow elite sought personal enrichment at the expense of the people, many of our state institutions were hollowed out and re-purposed to serve criminal ends. In their rapacious pursuit of short-term gain, high-ranking government officials neglected the crucial mission of increasing growth and reducing poverty.

At the same time, many dedicated public servants held the line. As President Cyril Ramaphosa said recently, "the wheels did not come off."

That reflects South Africa's typical resolve as a nation in the face of adversity, whether on the sporting field, in commercial contests or in the political arena, after its peaceful revolution in 1994.

Today there is a renewed sense of hope and optimism in the country. A judicial commission of inquiry into the subversion of the State's revenue service has already completed its work, and those who were responsible are being held to account. Incompetent or corrupt leaders of government agencies and state-owned enterprises are being replaced. One by one, our public institutions are being restored.

Nation at a Crossroads

Nevertheless, South Africa finds itself at a crossroads.

One path leads towards the continuation of current trends: rent-seeking, corruption, declining state legitimacy, reduced investment, economic stagnation, growing inequality and social tensions. This would result in persistently low growth and increasing unemployment, fuelling frustration and discontent amongst the black working class, and leading to reduced trust in government and less support for the ruling party.

This in turn would create a growing sense of crisis, with lower revenue and declining legitimacy impacting the State's ability to lead other sectors of society out of the crisis. Populist politicians can exploit these conditions to regain electoral support, at the direct expense of investment and employment. This would further reinforce a vicious cycle of declining legitimacy, reduced investment, rising unemployment, and increased social tensions.

The second path, mirroring development models in East Asia, is one of rapid growth driven by a strong compact between business and the State, in which short-term trade-offs are made to achieve sustainable and inclusive growth.

The newfound optimism accompanying President Ramaphosa's proclaimed "New Dawn" presents a window of opportunity in which to turn the vicious cycle into a virtuous one of investment, growth, jobs, increased state revenue and reduced inequality. But shifting to this new equilibrium requires significant policy changes, and the triumph of agility and pragmatism over ideological stasis.

Minor and incremental policy changes at the margins will not be sufficient to change our development path. For more than 20 years, the State has pursued a "muddling through" approach to economic growth, relying on lengthy and convoluted policy documents which have been only partially and gradually implemented.

The starting point is to quickly rebuild investor confidence and state legitimacy.

That is simply not enough. South Africa needs to achieve economic lift-off in the near future, which will require immediate, significant and pragmatic interventions at scale to create momentum and dynamism in the economy. The starting point is to quickly rebuild investor confidence and state legitimacy.

The good news is that this is already happening. A recent investment summit hosted by President Ramaphosa in Johannesburg attracted more than 1,000 international investors, who together pledged $20 billion in fresh investment in addition to $35 billion committed since the beginning of this year.

The Finance Minister has announced a stimulus package and a new infrastructure fund which will plough additional resources into the economy, diverted from less productive State expenditure, to create jobs and stimulate demand. Agreement on a new Mining Charter between the State and mining corporations, and the withdrawal of flawed legislation from Parliament, represent further steps towards restoring confidence in the economy.

There is much more than this to be done. But South Africa has the skills, talent and motivation to forge a new path. More than two decades after the end of apartheid, we are a more mature democracy than we were at the start – we are less naïve, and we know more about what has worked and what has failed. We must be honest in assessing our failings, without which we cannot make progress.

In crisis, there is always opportunity. Now is a moment for South Africa to take stock of the distance we have come and the mistakes we have made, and to build a more compassionate, honest, and capable government.

Down one path lies populism, corruption, and decline; down the other lies growth, jobs, and prosperity. I have no doubt that we will choose the right path, and that we will again prove to the world our resilience and resolve.

Previous Story
Next Story
R134 Billion Worth of Investments Committed

R134 Billion Worth of Investments Committed 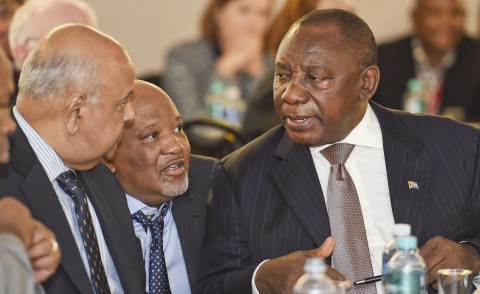 Former Minister Puts Transnet, Eskom in #StateCapture Spotlight
Tagged:
Copyright © 2018 allAfrica.com. All rights reserved. Distributed by AllAfrica Global Media (allAfrica.com). To contact the copyright holder directly for corrections — or for permission to republish or make other authorized use of this material, click here.