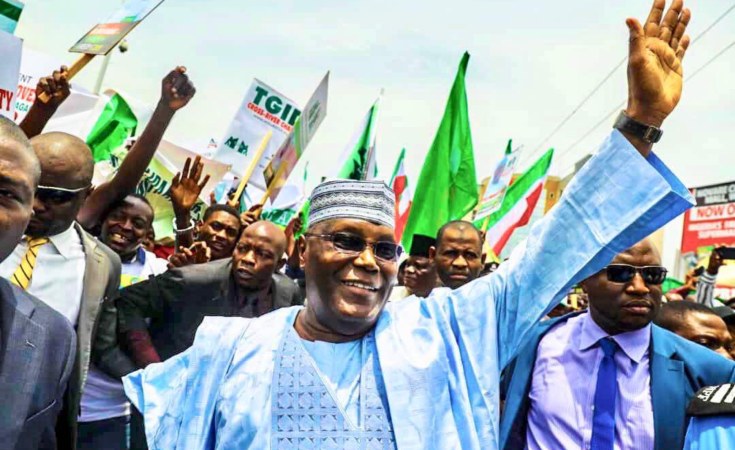 Abuja — The federal government Sunday night in Abuja, dismissed allegations by former Vice President Atiku Abubakar that he was ill-treated by security operatives, saying rather he was accorded his deserved respect but only seeking to make mischievous headlines.

Atiku, who is the presidential candidate of the Peoples Democratic Party (PDP) arrived the Nnamdi Azikiwe International Airport, Abuja from Dubai at about 1am on Sunday morning aboard his private jet and alleged that he was searched by security operatives with sheer disregard to his status as a former vice-president.

But reacting to the allegation, the Minister of State for Aviation, Hadi Sirika, in a statement, said Atiku, by the alarm raised, was only executing one of the resolutions at his just concluded retreat in Dubai "to embark on scaremongering."

The minister who also said what happened to Atiku at the airport was not unusual, noted that all passengers on international flights into the country are usually subjected to screening by customs and immigration officers.

According to Sirika who admitted that Atiku's bag was searched, any passenger who arrived the country via a private aircraft like the PDP presidential candidate did was usually met by security agents as was the case with Atiku.

He said it was only the president and vice-president whom he said usually arrived through the presidential wing of the airport that were exempted from such rule, pointing out however, that yet, their passports must be stamped by immigration officers.

Insisting that the search conducted on Atiku was not only mandatory, conventional, and internationally recognised, Sirika said Atiku could not have been exonerated from such procedure.

He also absolved President Muhammadu Buhari of any knowledge of Atiku's experience.

Admonishing those he described as law-abiding citizens to subject themselves to the laws of the land, Sirika warned that the case of any very important personality could never be an exception.

The statement read, "This is a mischievous attempt to grab the headlines. Nigerians need to know that one of the resolutions of the Atiku team at their recently-concluded, opulently-held Dubai retreat was to embark on scaremongering. This is one of such.

"For the records, all incoming passengers on international flights go through customs, Immìgration, health and security screening.

"Where the aircraft is using the private, charter wing, as the PDP candidate did, such arrivals are met by a team of the Immìgration, customs and other security agencies.

"They go to the arriving aircraft as a team. The airport authorities confirm that this is a routine process, applying to all international arrivals, including the minister unless the passenger is the President of Nigeria.

"It is also important to state that even in the Presidential Wing of the airport the President of Nigeria uses, there is the presence of Immìgration and other security officials who must stamp his or her passport on arrival.

"By standard procedure, all aircraft on international arrivals must first of all park at the international wing of the aircraft. They can move to the domestic terminal only upon the completion of the arrival processes.

"While it is true that the Task Force on Currency at the airport did the routine action of checking the former Vice President's travel bag, he was accorded full respect as a senior citizen.

"Law-abiding citizens are encouraged to respect the laws of the country and our VIPs should not seek to be treated over and above the citizens they wish to serve."

Outrage Over Search of Atiku, Private Jet By Security Agents