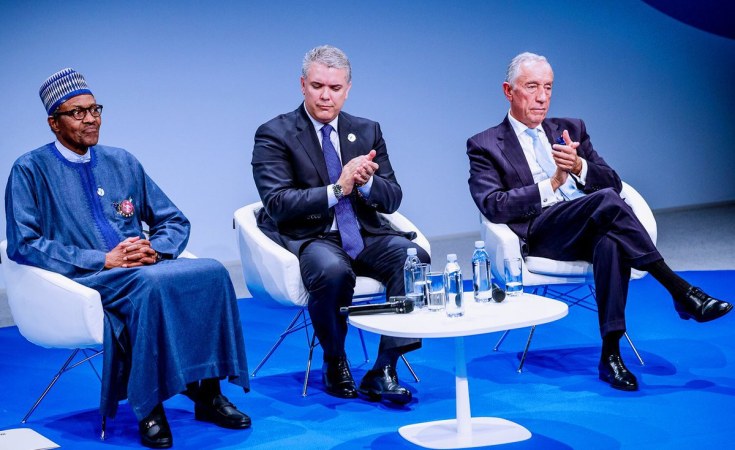 President Muhammadu Buhari yesterday called for stringent actions against perpetrators of illicit financial flows, warning that continuous impunity will encourage more pilfering of countries' resources to the detriment of poor and vulnerable populace.

Speaking at the first edition of the Paris Peace Forum, held on the sidelines of the Centenary of Armistice Day in France, Buhari said Nigeria had strengthened its laws and institutions to fight corruption, fast-track recovery of stolen assets and punish offenders.

"Our experience in Nigeria is that financial crimes, such as corruption and fraudulent activities, generate enormous unlawful profits which often prove so lucrative that the threat of a jail term is not sufficient to deter perpetrators.

"A more powerful deterrent is to ensure that profits and assets generated from illicit financial flows and corruption are recovered and returned to countries of origin.

"This is not to under-estimate the value of strong institutions. It only indicates that asset recovery represents significant deterrence compared to the traditional focus on obtaining conviction by the law enforcement agencies of the countries of origin," Buhari said, according to a statement by his media aide, Femi Adesina.

Buhari delivered his statement on "Illicit Financial Flows (IFFs) and Corruption: The Challenge of Global Governance" during the event, which was attended by about 70 world leaders and governments.

The President urged world leaders and global institutions to remain resolute on the Global Declaration Against Corruption made in London in 2016, which encapsulates the collective commitment to the principles of Open Government Partnership, especially the National Action Plans to actualize beneficial ownership transparency and enhance the capacity of Financial Intelligence Units (FIUs).

He disclosed that the Whistle-Blowing policy had facilitated recovery of billions of naira from corrupt persons, which had been redirected to the development of critical infrastructure and programmes that will benefit all Nigerians and realisation of the SDGs. 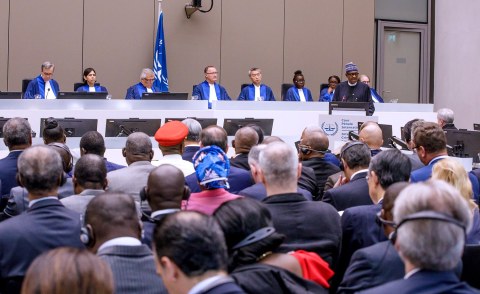 Nigeria Calls For Cooperation Against Illicit Financial Flows
Tagged:
Copyright © 2018 Daily Trust. All rights reserved. Distributed by AllAfrica Global Media (allAfrica.com). To contact the copyright holder directly for corrections — or for permission to republish or make other authorized use of this material, click here.