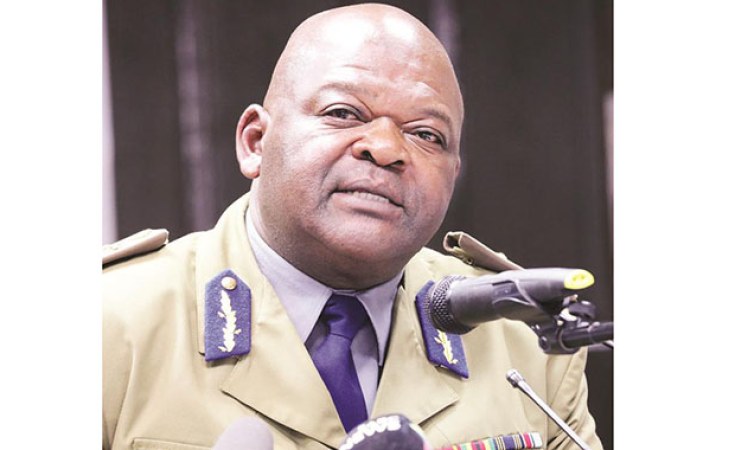 Matanga said the only reason the police have not picked Chamisa up is because of President Emmerson Mnangagwa's mooted plan to constitutionally formalise the position of Leader of the Opposition.

The ZRP chief was testifying before the Commission of Inquiry into the deadly August violence at a heading in Harare this Monday.

"I still feel that it would be very improper to arrest the leader of the opposition party in the name of Nelson Chamisa because this is a position that was formed by the President," said Matanga.

Mnangagwa has since confirmed plans to establish the office of Leader of the Opposition in line, he said, with other Commonwealth countries.

Zimbabwe has applied to re-join the grouping which largely comprises former British colonies.

Mnangagwa's spokesman George Charamba clarified that the position was not necessarily intended for Chamisa after the opposition leader said he was not interested.

According to Matanga however, Mnangagwa intends to create the position for Chamisa.

"I still feel today that the President's doors are open and (so) I cannot arrest Chamisa, but all the same I can say crime does not rot like meat and anytime he can be arrested," said the ZRP chief.

Soldiers were deployed to help overwhelmed police quell violence during protests in central Harare against the results of the July 30 elections.

The opposition has blamed the military for the death of six people during the clashes.

Matanga however, told commissioners Monday that Chamisa had incited violence with the support of a Kenyan activist the ZRP boss identified as Silas Jakakimba.

"It is written in the Constitution that the Electoral Act does not allow people to incite violence," said Matanga.

"It is on record that a lawyer of the main (Kenyan) opposition leader Raila Odinga by the name Silas Jakakimba was in the country to advise the leader of the opposition party on how to proceed with events which took place on 1 August.

"When I got that information, he (the Kenyan lawyer) had already left the country."

Matanga denied opposition charges that police, and military units deployed to quell the violence shot dead the six protestors and also injured more than a dozen others.

He was backed by Zimbabwe Defence Forces chief General Philip Valerio Sibanda who was adamant that soldiers only fired warning shots into the air and never at what he described as "rioters".

Zimbabwean Police Open Murder Cases After Poll Violence
Tagged:
Copyright © 2018 New Zimbabwe. All rights reserved. Distributed by AllAfrica Global Media (allAfrica.com). To contact the copyright holder directly for corrections — or for permission to republish or make other authorized use of this material, click here.