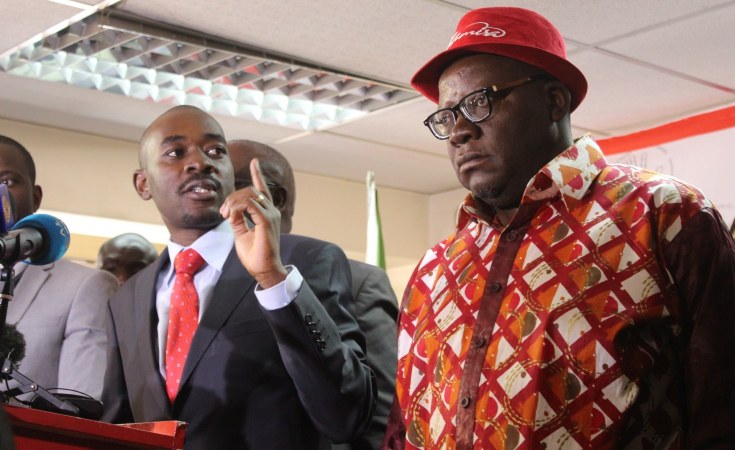 The former finance minister and now MDC deputy national chairperson is charged with inciting the deadly violence in Harare after the disputed July 30 elections.

Biti is being defended by, among others, Beatrice Mtetwa who was not amused Monday after magistrate Gloria Mutandwa ordered everyone in her court to switch their mobile phones off.

Mtetwa told the judge that the gadgets are now a key part of the scribes' professional equipment.

"Your worship the media is in the gallery and they want to update on what is going on," she said.

"What is the court's reason (for giving) that order if they are not interfering with the court's proceedings?

"They (journalists) are moving with time and they would want to update their media houses on what will be happening during the proceedings," she said.

The magistrate ignored Mtetwa protestations and insisted that the gadgets must be switched off in court.

Meanwhile, the trial failed to proceed after Biti - through his defence lawyer - sought the recusal of prosecutor Michael Reza saying he was biased and affiliated to the ruling Zanu PF party.

"The prosecutor has already shown he is biased by concluding that the accused caused the August 1 violence and the death of six people.

"How is that possible, considering that the person who ordered army shootings is not known. That's why there is an enquiry right now."

The case was rolled over to end of this month for ruling.

Biti is also facing a charge of contravening the Electoral Act after he allegedly announced that MDC leader Nelson Chamisa won the disputed elections.

According to the State, only Zimbabwe Electoral Commission (ZEC) has the right, at law, to announce results.

Police Hunt For Zimbabwe Opposition Leaders Biti, Komichi
Tagged:
Copyright © 2018 New Zimbabwe. All rights reserved. Distributed by AllAfrica Global Media (allAfrica.com). To contact the copyright holder directly for corrections — or for permission to republish or make other authorized use of this material, click here.