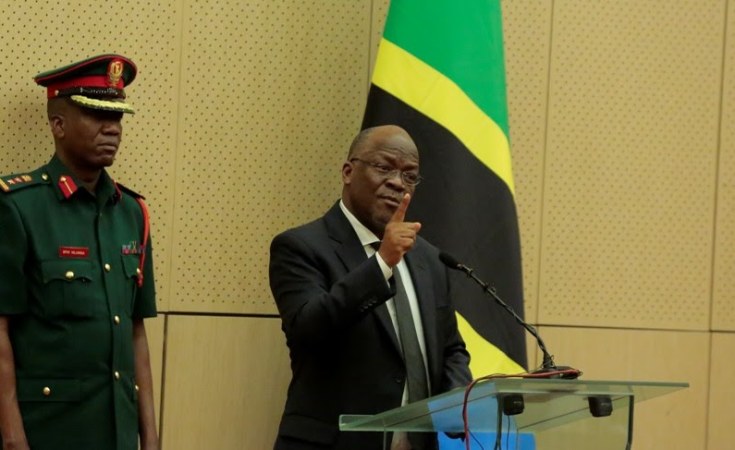 Cashew nuts unions signalled feelings of apprehension yesterday following President John Magufuli’s directive that monies that farmers will receive should not be deducted. During a swearing in ceremony of the newly appointed ministers and deputy ministers, which took place at the State House yesterday, President Magufuli warned against the deduction, directing that the farmers have to be paid in full and if there extra charges, they will be directed to pay after receiving their payments.

However, apart from appreciating the government’s intervention in the matter, which will eventually be a relief for the farmers, leaders of the cash crop cooperative unions told this paper yesterday that if the directive is to be implemented a lot will be at stake. The leaders said that the government’s intervention was both wise and beneficial, but some stakeholders of the crop will be hit hard.

They mentioned a chain of costs that a farmer has to clear after having received the payment for their harvests, which include costs that cover transportation, warehouse, cooperative union cost, municipal levy, to mention but a few. Joseph Mmule, who is a manager of Masasi-Mtwara Cooperative Union (Mamcu), said that if President Magufuli’s directive will be implemented as it is, many other stakeholders’ interests will be affected. Mr Mmule said it is not easy to get farmers to pay the required expenses after receiving their money in full. “It is difficult, the simplest way is to deduct all charges before handing the money to them,” said Mr Mmule.

According to him, they have not reached a consensus on what should be done at the moment, but hinted that they will present their complaints to the Tanzania’s Registrar of Cooperatives. For his part, Mr Kalembo Imani, the manager of Tunduru Agricultural Marketing Coperative Union (Tamcu), said that the issue cannot be left to the farmer’s wish as it can be difficult to refund the costs incurred by other parties.

during the production and harvesting processes.

“There must be a procedure, which will ensure that all costs are cleared otherwise other important stakeholders like transport agents will be affected adversely,” he said.

The secretary of Ruangwa Amcos, Ms Tabu Chande, told The Citizen that if the President’s directive will be implemented as it is, the small unions will be hit hard.

“We are confused. We don’t even know what to do,” she said. “We feel like a noose has been put on our necks.”

She said they were planning to meet the Prime Minister, Mr Kassim Majaliwa, to intervene in the matter.